Not all coffee cups are created equal in terms of materials and how those materials affect energy transfer. In this lesson you will construct a temperature sensor with the Boson Kit. Using the waterproof temperature sensor, you will be able track temperature changes in various kinds of coffee cups. The materials in each cup will affect energy transfer differently. Will students be able to guess which cup keeps their teacher’s coffee hottest for the longest period of time?

Plan an investigation to determine the relationships among the energy transferred, the type of matter, the mass, and the change in the average kinetic energy of the particles as measured by the temperature of the sample. 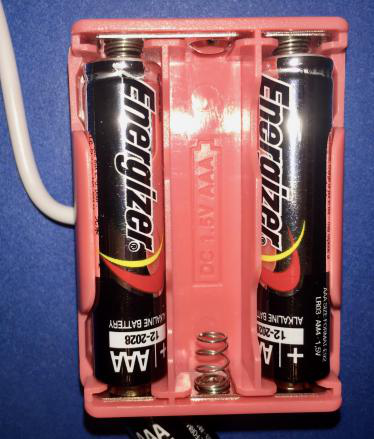 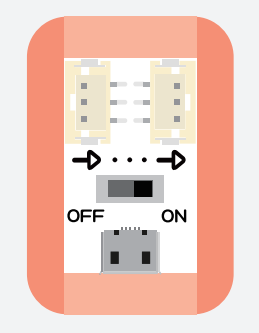 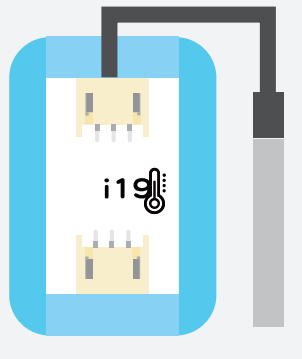 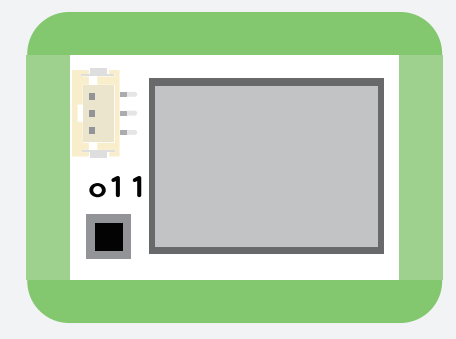 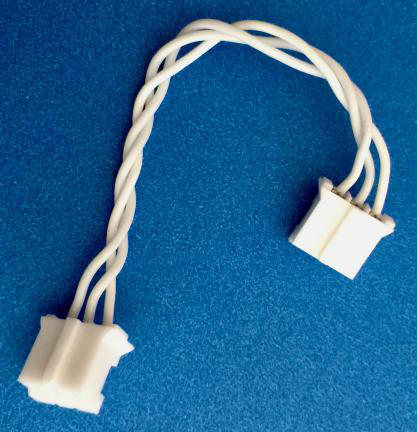 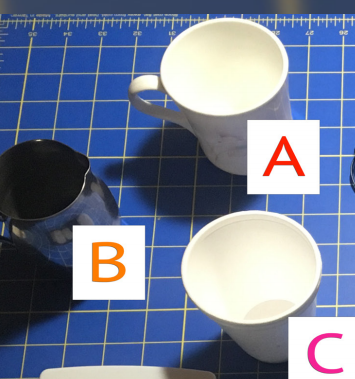 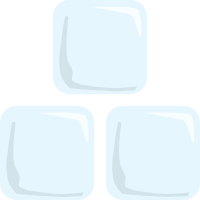 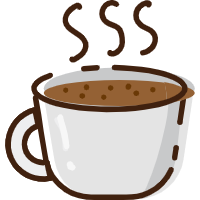 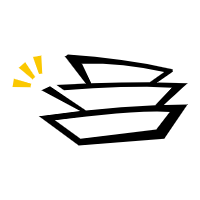 In order to get a better understanding of how energy is transferred have students observe this surprising phenomenon. 1.Have the students place their hands on a piece of metal and a piece of plastic at the same time.Ask the students which object feels warmer and which feels colder. When the students reply that the plastic feels warmer. Ask them if they believe that the 2 objects are at the same temperature. If available, use an infrared thermometer to show them that they are indeed the same temperature 2.Put a piece of ice on each and ask which students think will melt the ice faster. There is always surprise in the room when the “cooler” metal melts the ice more quickly. If you do not have access to these materials, you can show a video in which the same experiment is performed.

Why does the metal plate melt the ice faster?

There are 2 concepts that students often confuse: temperature and heat. While they seem very similar, they are not the same. These 2 concepts make the results of this experiment surprising.

What is temperature really?

Heat is the quantity of hotness. Temperature affects heat but there are other factors that affect heat too. The mass of the particles and quantity of particles in an object also affect heat.

How is heat transferred?

Why does the metal plate melt the ice faster?

Based on the phenomenon, have students make some educated guesses about different materials and how they transfer heat.

1.Ask students to come up with a list of good and bad conductors. The list should include materials but can also include properties of those materials.

2.Next you should take out the 3 types of cups. Ask students how you could find which cup is the best cup at keeping the coffee warm.

Discuss the different things we will measure, change, and try to keep constant so that we can make intelligent conclusions. 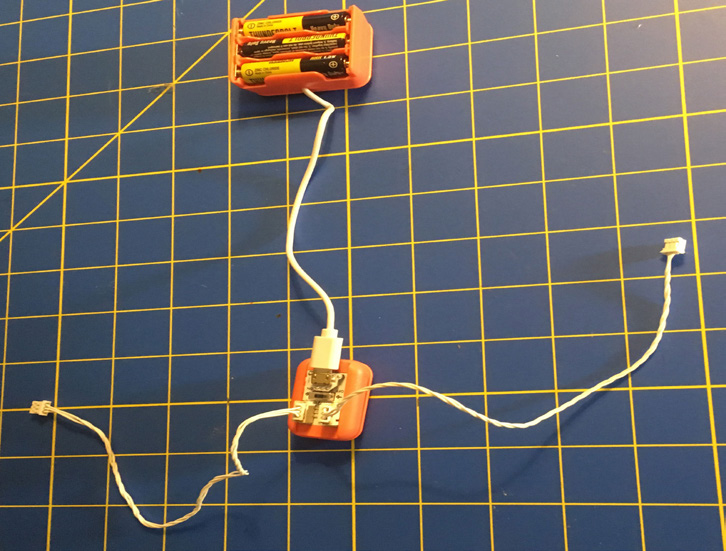 2.Connect the Waterproof Temperature Sensor ( F ) to the input side of the Mainboard ( H ) with a Module Cable ( K ) 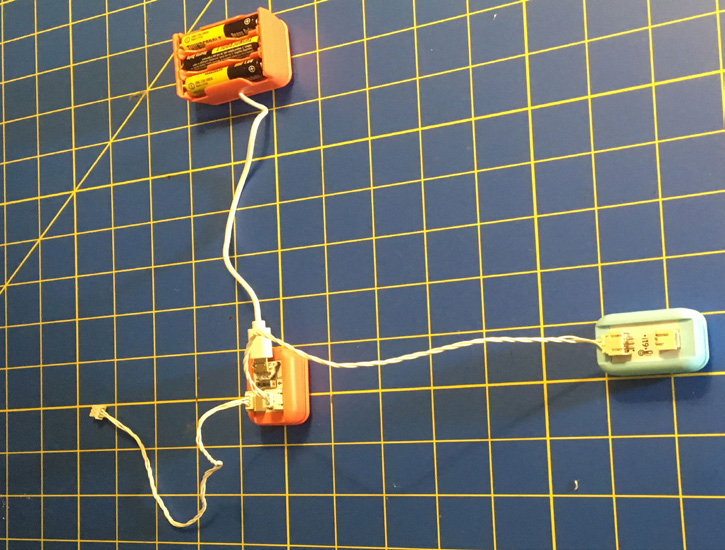 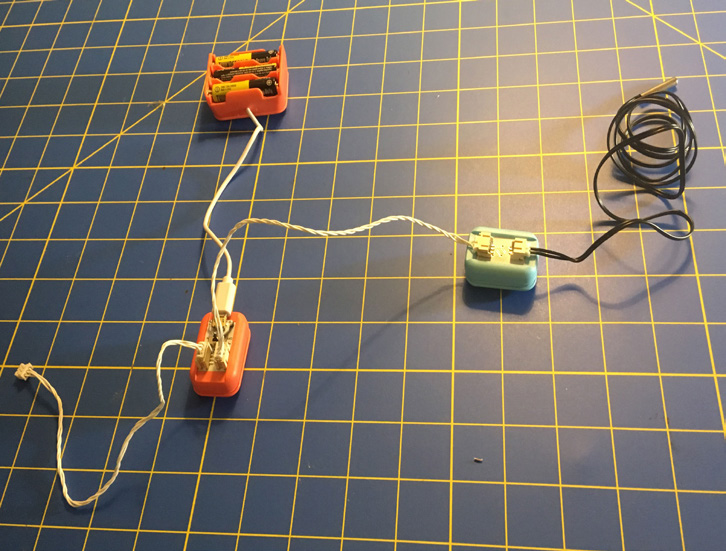 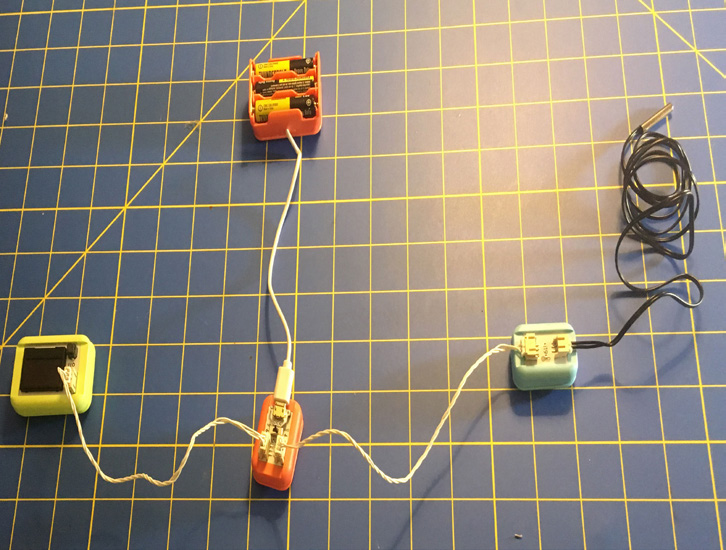 5.Press the button on the OLED Module ( G ) until the screen turns on 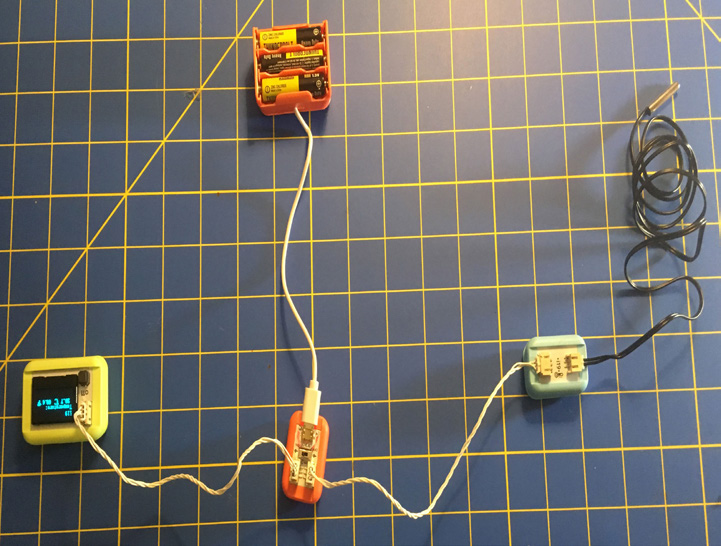 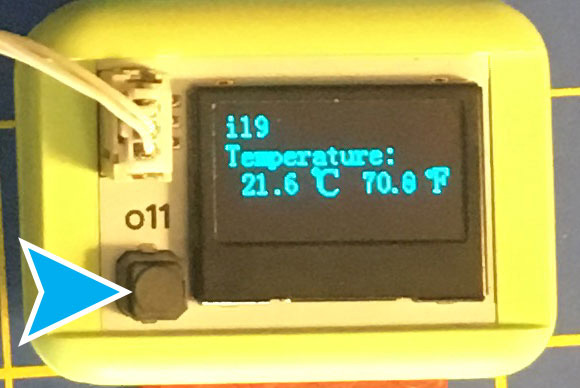 6.Keep all the modules from sliding around during the experiment by attaching the modules to Legos ( L ) 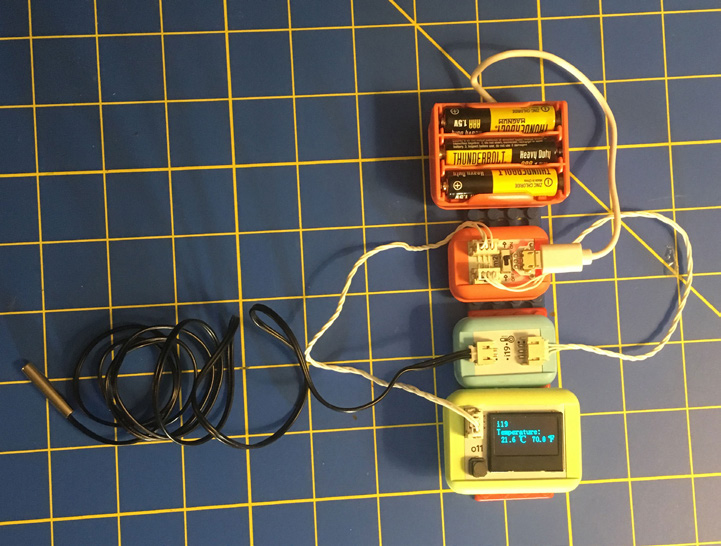 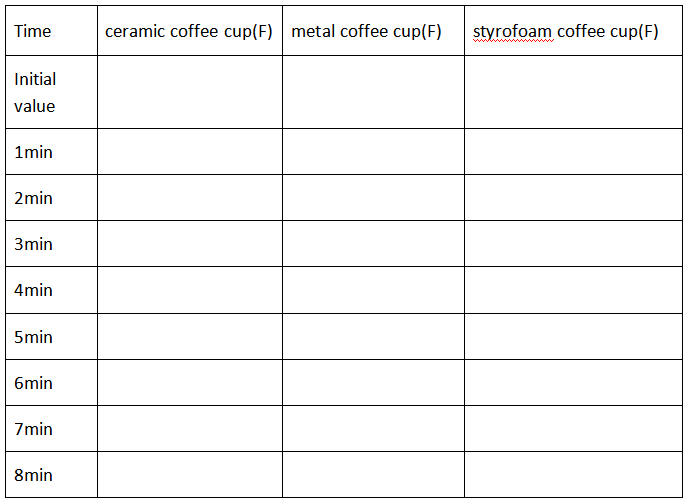 Making Sense of the Data:

Create a Multi-Colored Line Graph according to the directions below:

1.Use graph paper and plot your results for each color. Use a different color that matches the time of the construction paper for each line. The manipulated variable is the color and the responding variable is the temperature.

3.Use the variables to give your graph a title.

4.Include a legend for your graph. 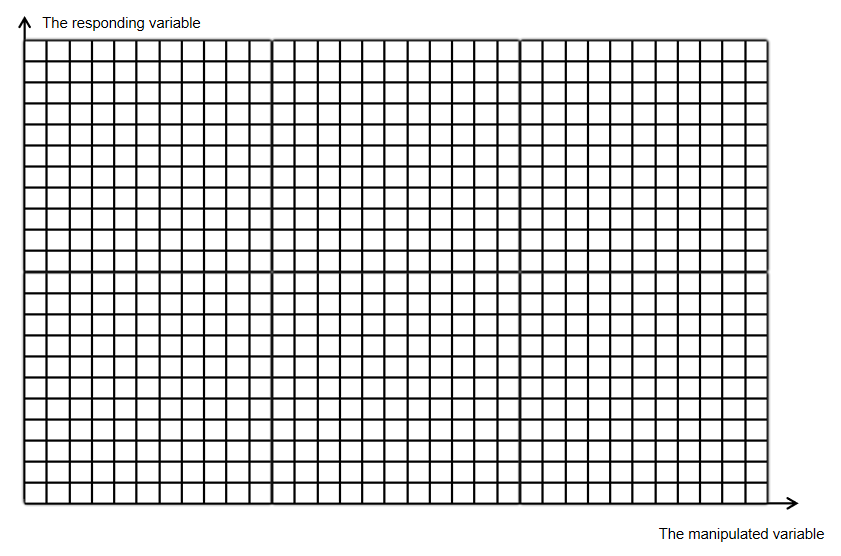 In your groups discuss the following questions:

1.Examine the the various lines on the Multi-Colored Line Graph.

a.Identify and discuss from the data whether it is consistent with the expected data.

b.Is there a regular change in temperature? Why?

2.whether your hypotheses were correct and justify their conclusions with your data. as well as discussion questions that your should fill in.

●The type of matter - Different materials have different thermal conductivity.

●Kinetic energy - The particles and the nature of kinetic energy transfers during collisions is strictly thermal.

Heat conduction, also called diffusion, is the direct microscopic exchange of kinetic energy of particles through the boundary between two systems. When an object is at a different temperature from another body or its surroundings, heat flows so that the body and the surroundings reach the same temperature, at which point they are in thermal equilibrium. Such spontaneous heat transfer always occurs from a region of high temperature to another region of lower temperature, as described in the second law of thermodynamics.

Heat convection occurs when bulk flow of a fluid (gas or liquid) carries heat along with the flow of matter in the fluid. The flow of fluid may be forced by external processes, or sometimes (in gravitational fields) by buoyancy forces caused when thermal energy expands the fluid (for example in a fire plume), thus influencing its own transfer. The latter process is often called "natural convection". All convective processes also move heat partly by diffusion, as well. Another form of convection is forced convection. In this case the fluid is forced to flow by use of a pump, fan or other mechanical means. 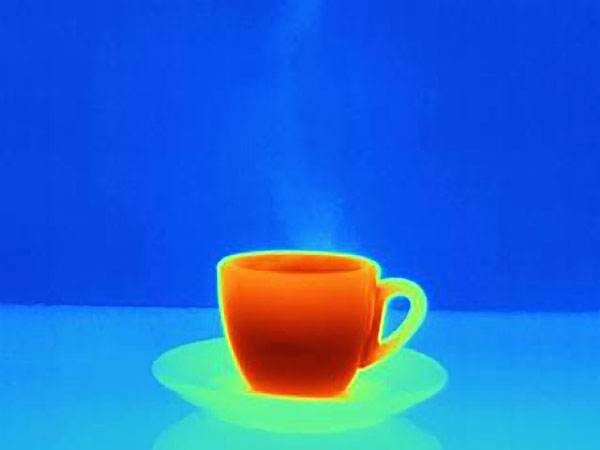 The kinetic theory of gases is a historically significant, but simple model of the thermodynamic behavior of gases with which many principal concepts of thermodynamics were established. The model describes a gas as a large number of identical submicroscopic particles (atoms or molecules), all of which are in constant, rapid, random motion. Their size is assumed to be much smaller than the average distance between the particles. The particles undergo random elastic collisions between themselves and with the enclosing walls of the container. The basic version of the model describes the ideal gas, and considers no other interactions between the particles and, thus, the nature of kinetic energy transfers during collisions is strictly thermal. The kinetic theory of gases explains the macroscopic properties of gases, such as volume, pressure, and temperature, as well as transport properties such as viscosity, thermal conductivity and mass diffusivity. The model also accounts for related phenomena, such as Brownian motion. 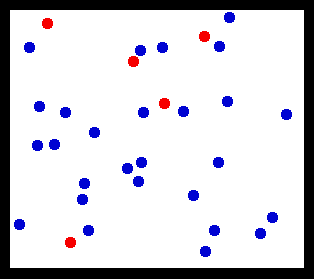 2.What is temperature really? 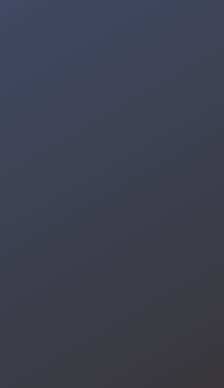