In this lesson, we are going to explore the conductivity of different liquids, discuss whether pure water can conduct electricity, and find out which kind of liquid in our daily life has the best electrical conductivity.

Matter and its Interactions- MS-PS1-2 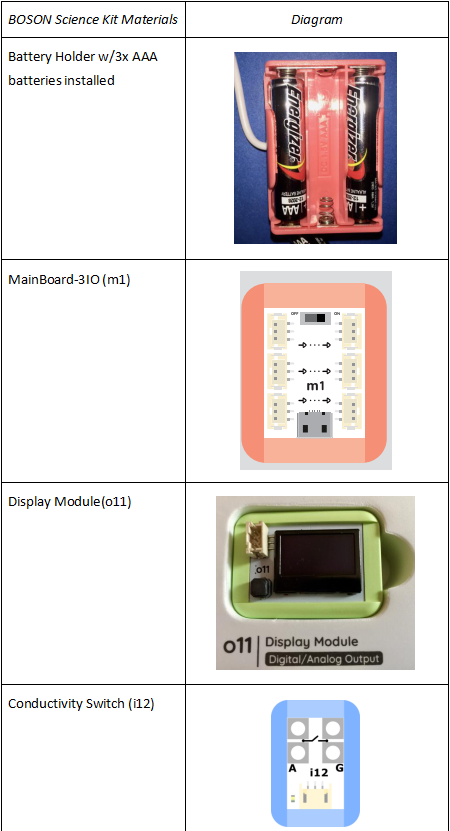 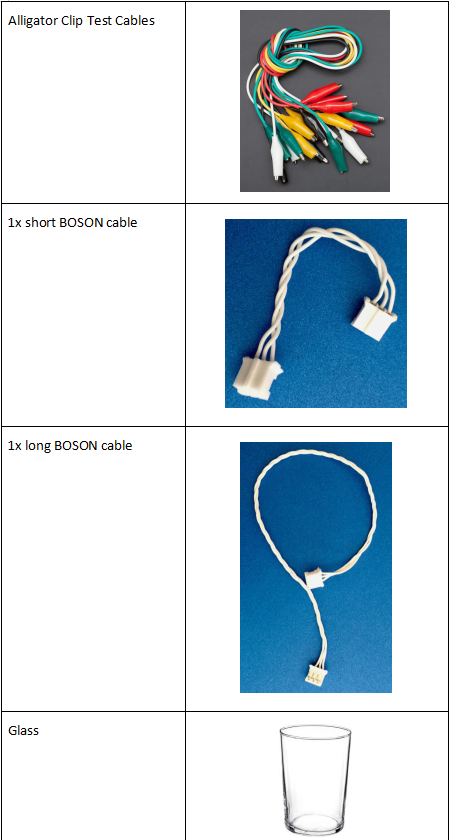 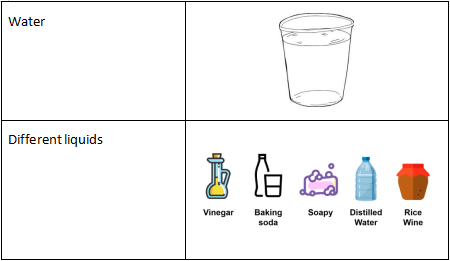 To know whether an object is conductive, we can use a Conductivity Sensor Switch to check it out. Connect the conductivity switch, Mainboard, and OLED module as the way shown below. Switch the display module to “i12”, and connect two Alligator Clip Test Cables with the Conductivity Sensor.

1.Explore whether some daily-used stuff has electrical conductivity, like tissue, scissors, wood, etc. (There will be a lightning bolt symbol displayed on the OLED module if the object is conductive.)

2.Will the result be different when the tissue is wet?

3.Try to figure out some conductive liquids in our daily life. 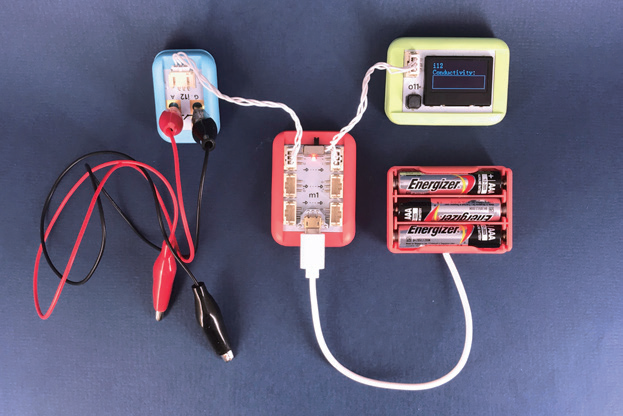 To detect the effect of distance of alligator clips on liquid conductivity, we have to connect another set of tools. Connect the LED long lead to red alligator clip cable, the short lead goes to the black cable. 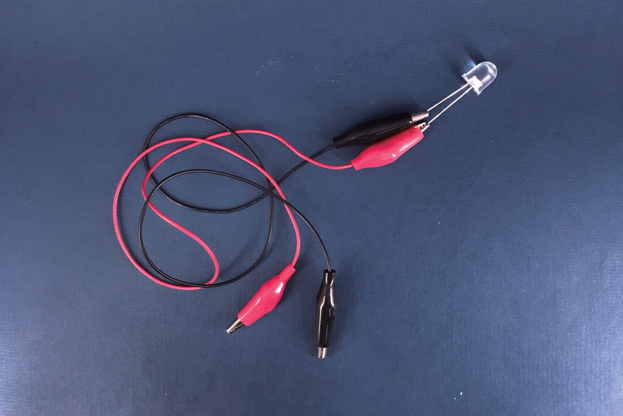 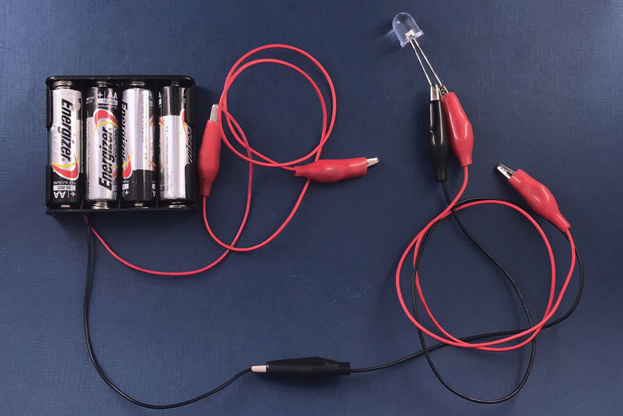 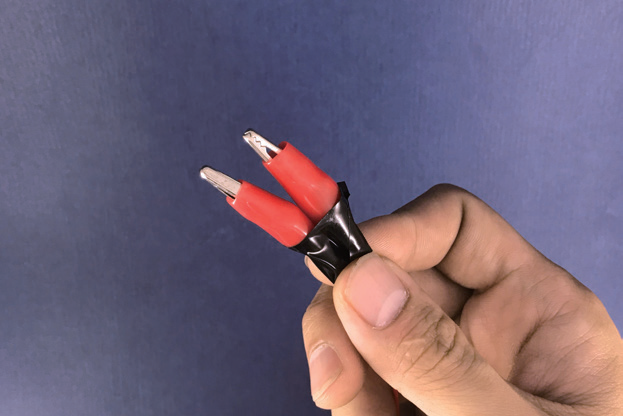 6.Put the Alligator clips into the Liquids

Place the fixed alligator clip cables into a liquid, observe and record.

Tips: To improve the detection accuracy, please wipe the alligator clips with clean tissues before you put them into different liquids, and try to remove all the remained liquids.

Now, place the alligator clips into different liquids, and see if there is a lightning bolt symbol appearing on the OLED module, at the same time, observe the brightness change of the LED, will the LED’ s brightness be different for various liquids? 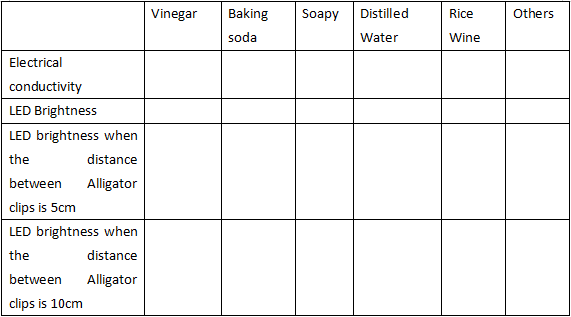 In your groups discuss the following questions:

1.Can every cup of liquid conduct electricity? Which liquid has the best electrical conductivity?

2.Is the LED brightness all the same for different liquids?

3.Will the water temperature affect its electrical conductivity? Set up an experiment and explore.

4.Does the distance between the alligator clips influence the brightness of the LED? Try Separating them by 5cm or 10, then record data in the table above.

●Electrolyte - substance that produces ions when dissolved in water

●Nonelectrolyte – substance that does not produce ions when dissolved in water

●weak electrolyte – substance that ionizes only partially when dissolved in water

Substances may be identified as strong, weak, or nonelectrolytes by measuring the electrical conductance of an aqueous solution containing the substance. To conduct electricity, a substance must contain freely mobile, charged species. Most familiar is the conduction of electricity through metallic wires, in which case the mobile, charged entities are electrons. Solutions may also conduct electricity if they contain dissolved ions, with conductivity increasing as ion concentration increases. Applying a voltage to electrodes immersed in a solution permits assessment of the relative concentration of dissolved ions, either quantitatively, by measuring the electrical current flow, or qualitatively, by observing the brightness of a light bulb included in the circuit (Figure 1).

Pure water is an extremely poor conductor of electricity because it is only very slightly ionized—only about two out of every 1 billion molecules ionize at 25 °C. Water ionizes when one molecule of water gives up a proton to another molecule of water, yielding hydronium and hydroxide ions.

1.Why the LED’s brightness is different for different liquids?

2.Can you explain the relation between the distance of alligator clips and the LED brightness according to the experiment result?