Nowadays robots are getting more and more powerful. They can do almost anything high on top of the mountain and deep into the sea. Look at them! Some of them serve well as waiters in restaurants. Some work hard as "couriers" in factory workshops. Some work as safety inspectors in power grid hubs with high sense of responsibility....

If you look closely, you will find that there are lines on the ground of where these robots work. And they are following the lines. Line tracking? How do they do it?

HuskyLens also has the function of line tracking. Imagine, if some guide lines are pasted at home, can Maqueen Plus become our life assistant like the food delivery robot in the robot restaurant?

Let's explore by DIY a Maqueen Plus that follows the "right track"!

This project uses HuskyLens line tracking function to make Maqueen Plus follow the line track on the ground.

I. What is Line Tracking?

Line tracking refers to the process of object moving along a designated route. A fully functional line tracking robot uses a mobile robot as a carrier, a visible light camera, an infrared thermal imager and other detection instruments as a load system, a multi-field information fusion of machine vision, electromagnetic field, GPS and GIS as a navigation system for autonomous movement and tracking of the robot, and an embedded computer as a software and hardware development platform for the control system.

HuskyLens line tracking function is based on Pixy, an open source project of Carnegie Mellon University. 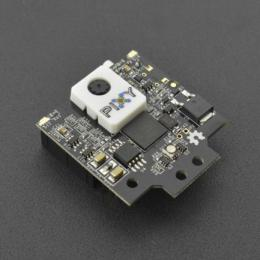 Pixy's algorithm can recognize the color of pictures. Its basic idea is to use the color space to remove the background that all users are not interested in and extract the foreground (such as lines).

How should this be implemented? We stripped out the information displayed on the screen by HuskyLens during the line tracking and abstracted it into the geometric mathematical model shown in the picture below. 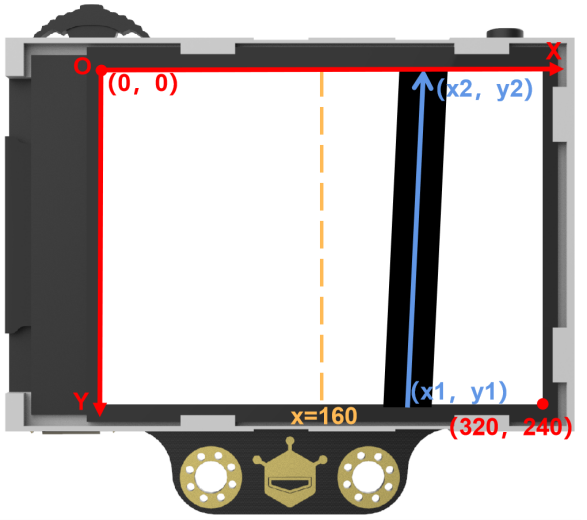 To sum up, we only need to judge the position of the starting point of the blue arrow relative to the central axis to implement line tracking.

This function can track lines of specified colors and make path prediction. The default setting is to track lines of only one color. This project will be explained by taking line tracking of one color as an example.

① Dial the function button to the left or right until the word "Line Tracking" is displayed at the top of the screen.

② Long press the function button to enter the parameter setting of the line tracking function.

Line Learning: Point the "+" symbol at the line, then point the orange box at the background area. It is recommended that within the view field of HuskyLens, just remain lines to learn and no any cross lines. Try to keep HuskyLens parallel to the target line, then HuskyLens will automatically detect the line and a white arrow will appear. Then short press the "learning button" and the white arrow turns into a blue arrow. 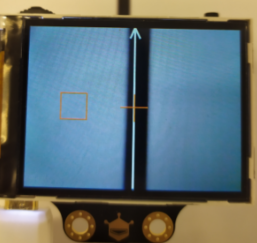 Line Tracking: When HuskyLens detects the line which has been learned (i.e. lines of the same color), a blue arrow will appear automatically on the screen. The direction of the arrow indicates the predicted direction of the line.

* 1. When learning the line, we need to adjust the position of HuskyLens to be parallel to the line.

* 3. HuskyLens can learn and track multiple lines according to the different colors of the lines, but the lines must be monochromatic lines with obvious color contrast from the background. In most cases, only use line in one color during line tracking. Therefore, in order to ensure stability, we recommend to track the line in single color. 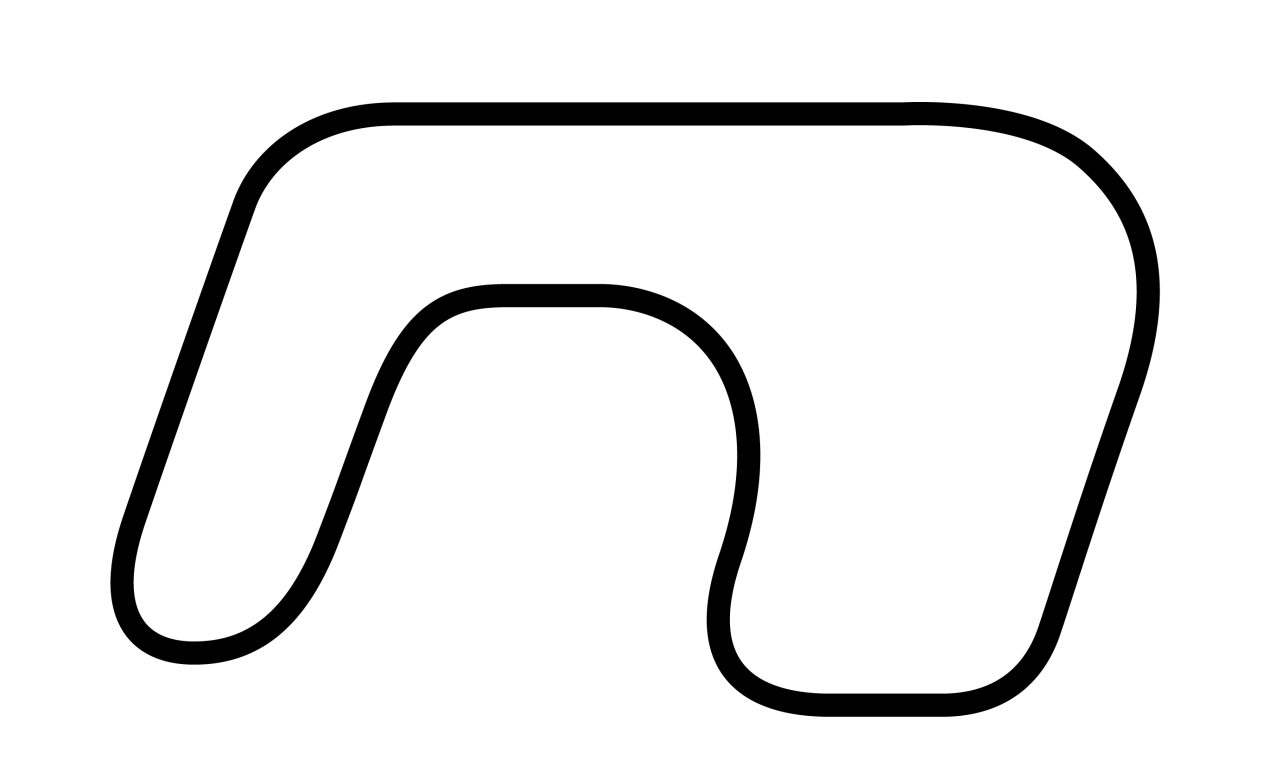 Using screws to fix HuskyLens and Maqueen Plus, it should be noted that we need to adjust the camera obliquely downward for line tracking, so that Maqueen Plus can see the black line closer and the tracking effect would be better. 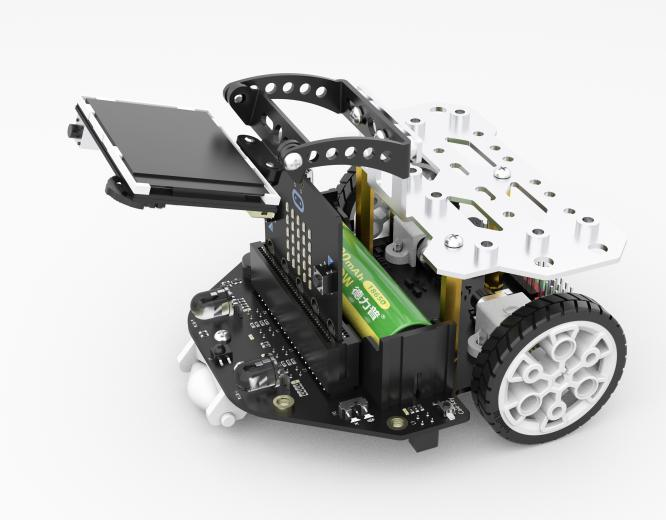 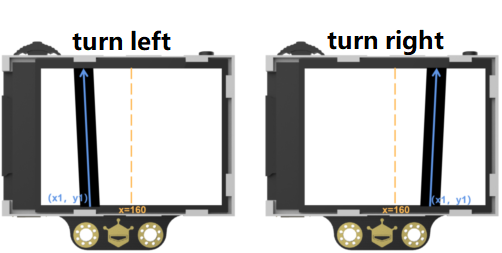 Maqueen Plus can complete the basic line tracking tasks, but at the same time it also exposes the following problems:

(1) Maqueen Plus obviously sways left and right while moving forward, the speed changes are not consistent, and the straight movement isn’t stable;

(2) The speed cannot be set too fast or it is easy to offtrack at the corner;

(3) Different bends require different turning speeds. When there are several bends in the tracking map, it is easy to offtrack.

* If Maqueen Plus depart from the line during the turn, it needs to adjust the speed of the left and right motors continuously.

How to optimize it? Let's have a look!

In Task 1, Maqueen Plus sways left and right in its forward movement and cannot steadily move straight. Why is this happened? Because the horizontal axis domain of Maqueen Plus straight moving is only a line, and there is inertia in the movement process. So keep straight moving at x=160 is difficult to achieve. 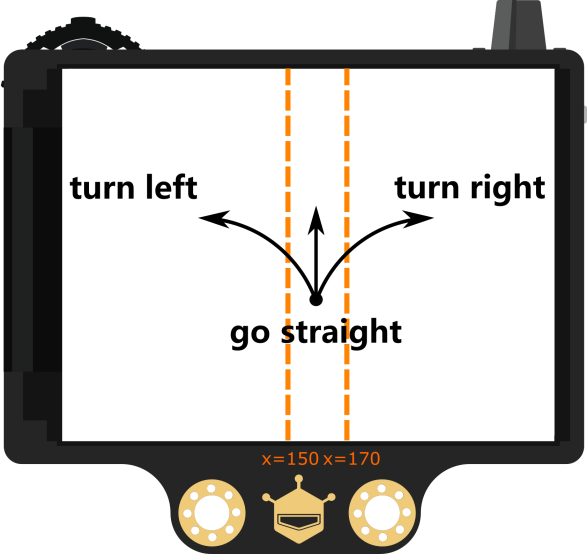 On the basis of program of task 1, the main program is unchanged, and the function "line tracking" is modified as follows. 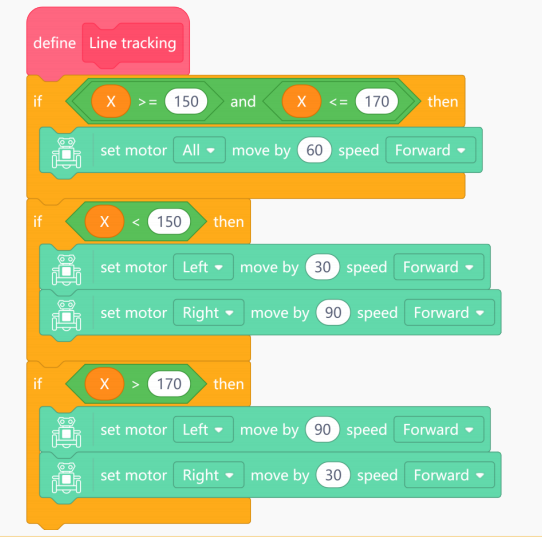 Through these adjustments, we find that the line tracking effect is better, and when it encounters an arc, it can almost stay on line. However, it is still easy to offtrack in tracking maps with large changes of bend.

Try to prevent the car from offtrack when entering the bend. 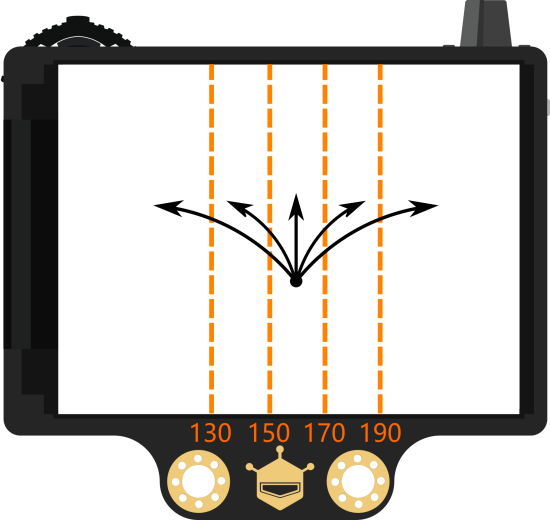 Or further, can it be directly divided into 7 speed regulation domains? 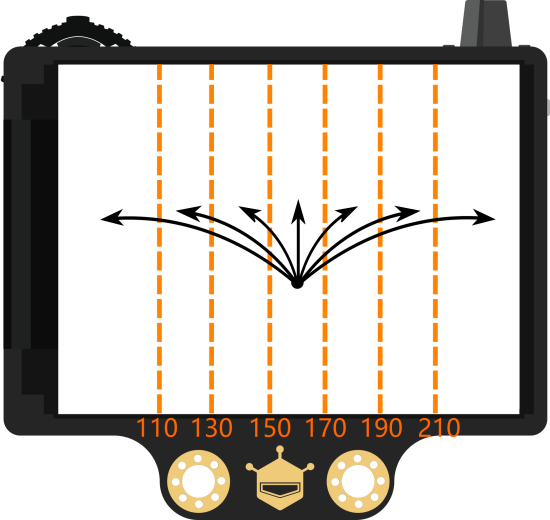 On the basis of the task 2 program, the main program remains unchanged and the function "line tracking" is modified as follows. 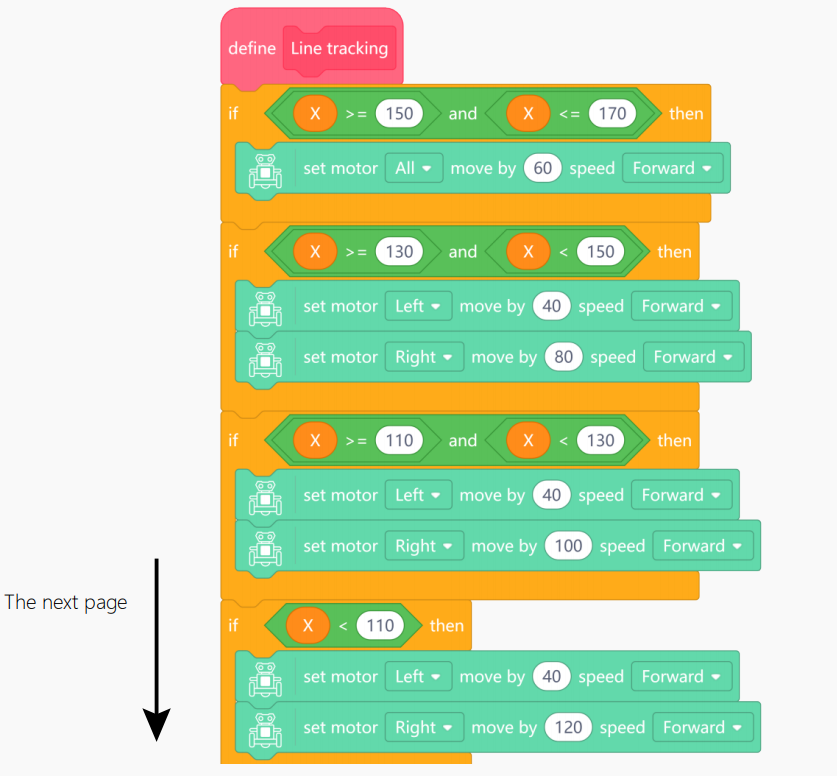 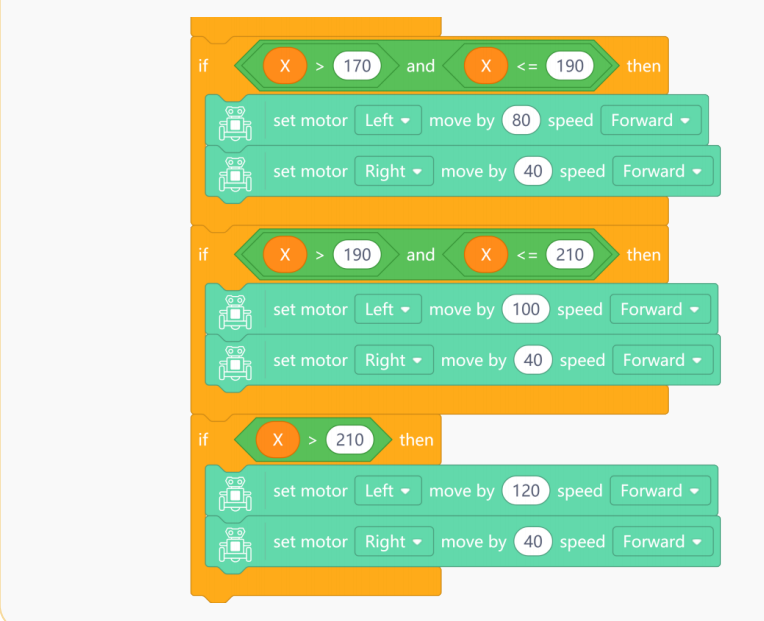 The line tracking speed of Maqueen Plus now can be faster, and the speed change is much smoother no matter turning or moving straight.

In this project, we implement the line tracking algorithm from simple to complex, making the effect of line tracking faster and more stable.

After completing the line tracking without crossing, it may be necessary to handle the crossing line tracking as shown in the following picture. Can the tag recognition be used here to identify and let Maqueen Plus choose the correct path at the intersection? 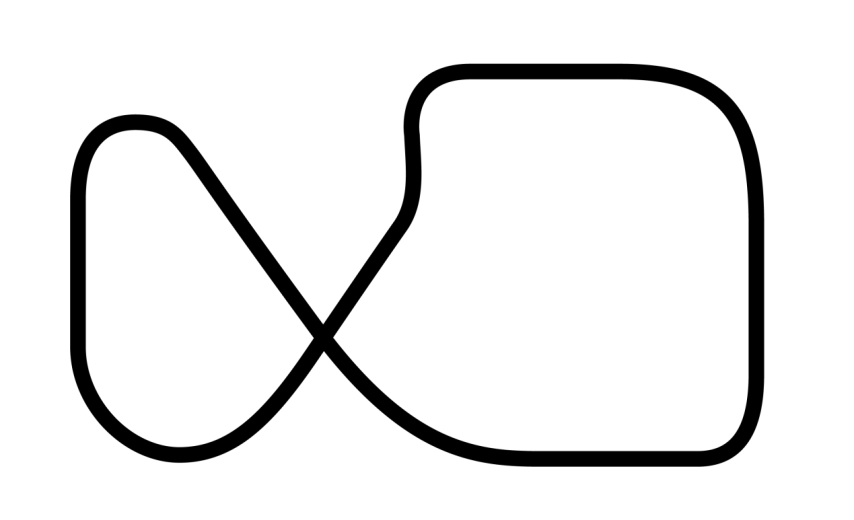 The motion status or line tracking domains of Maqueen Plus can be divided into 2 gears, 3 gears, 5 gears and 7 gears during line tracking. Is it still possible to further subdivide? 9 gears?11 gears?......

until the infinite subdivision. The more subdivided the speed regulation domain is, the better the line tracking effect is. But programs will get longer and longer. Any solution?

If you are interested in it, you can search for relevant information on the internet and continue to optimize our line tracking effect.