Spectrophotometer Experiment Based on AS7341 Spectral Sensor

In this experiment, I am going to use DFRobot AS7341 Spectral Sensor to make a simple spectrophotometer, and carry out an experiment to measure substance concentration in different solutions by collecting data, fitting curve, etc.

To begin with, let’s get to know the basics of spectrophotometer and AS7341 spectral sensor.

A Spectrophotometer, also known as spectrometer, usually consists of five basic components: the light source, monochromator, sample cell, detector, and signal processing and display system. Since most matters absorb light and the absorbed light varies from different substances, by which we can use a spectrophotometer to measure the amount of the intensity of light absorbed after it passes through sample solution so as to determine the solution concentration.

Light source and monochrometer: tungsten lamps are used as the light sources of a spectrophotometer, and a prism can be used as a monochrometer to refract lights of tungsten lamp to generate continuous chromatography of rainbow colors(red, orange, yellow, green, blue, indigo, violet). But to simplify the experiment, I will use a red LED to simulate light source.

I get a cuvette as the sample cell since it is cheap and easily to be purchased online. The AS7341 Spectral Sensor will be the detector, and a UNO controller board is just right for the signal processing unit.

The assembly is pretty easy and will be omitted here. 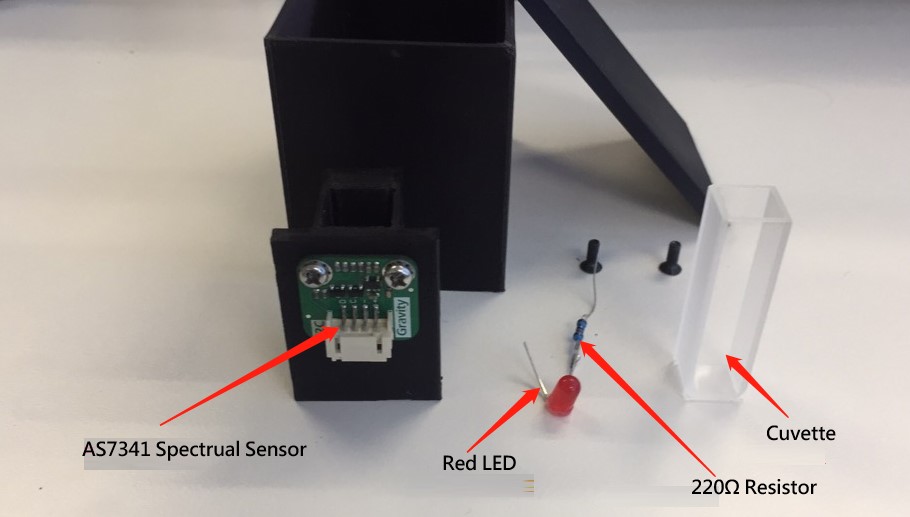 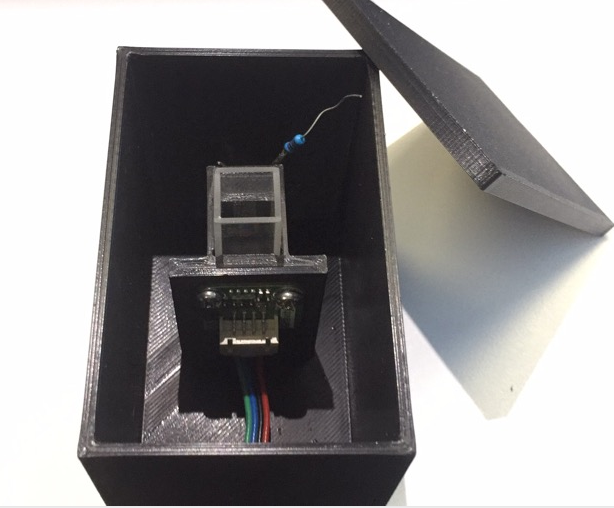 Connect the LED and sensor to the board as the diagram below shows, burn the code into the UNO board. 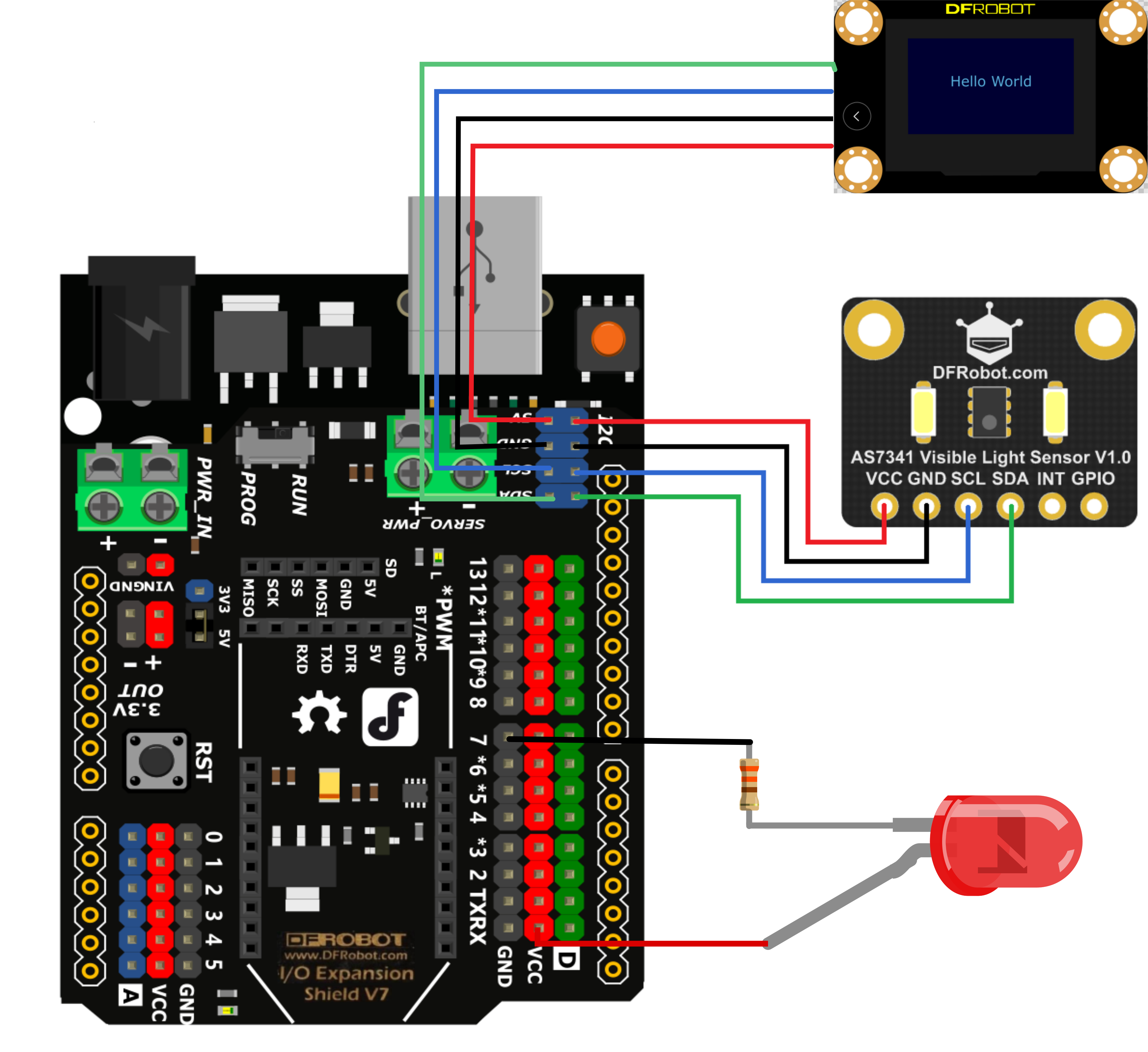 When there is nothing in the Cuvette, open the serial monitor, we can see that the data in F7 wavelength is the highest. So we use the light intensity of F7 as a reference. 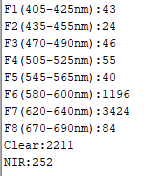 Then we will collect several groups of data in the experiment. Prepare 6 beakers and some dyes. 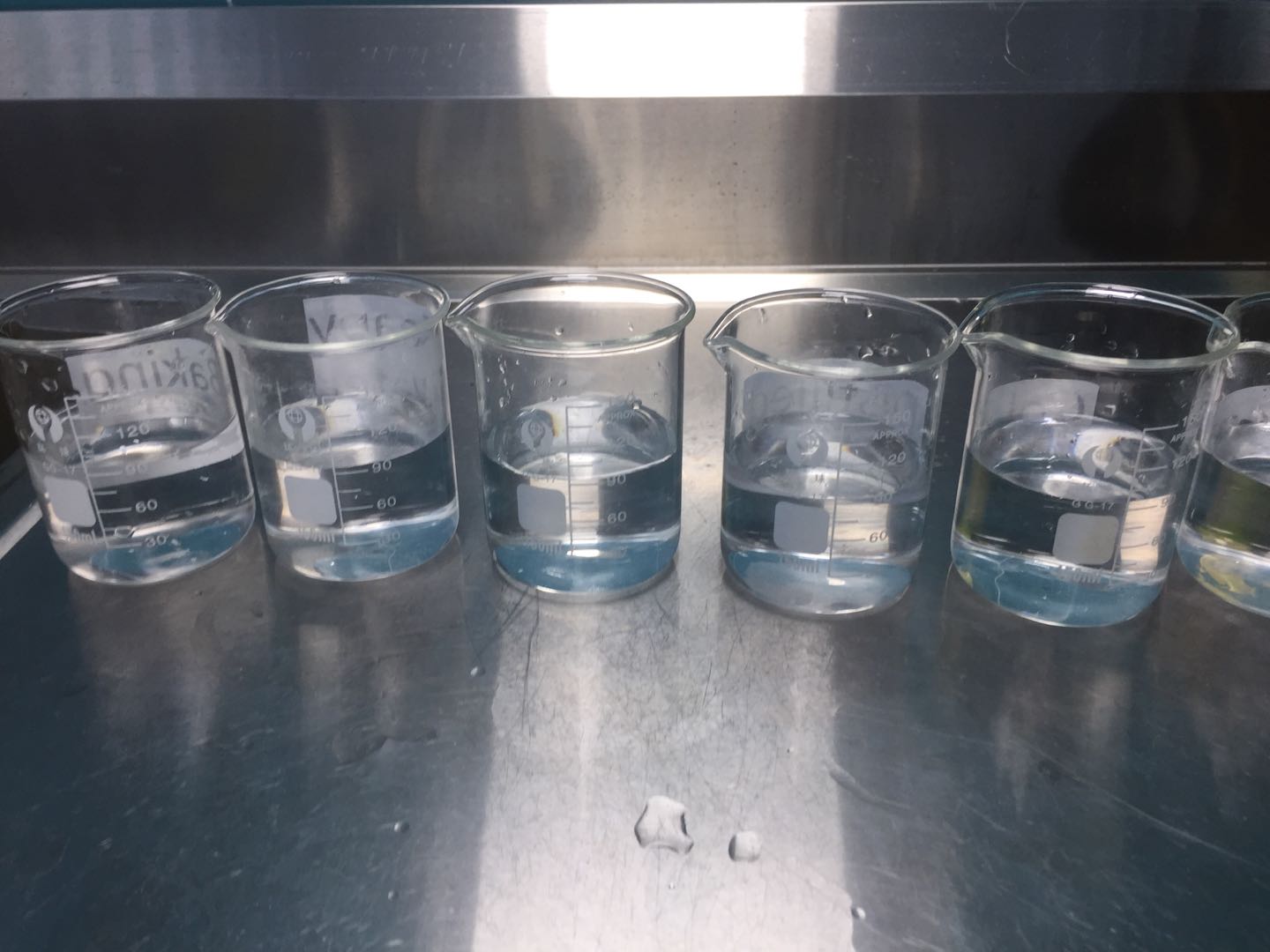 Step 2. Add dyes into the beakers: not add to the first cup, one drop for the second cup, two drops for the third cup, and so on. 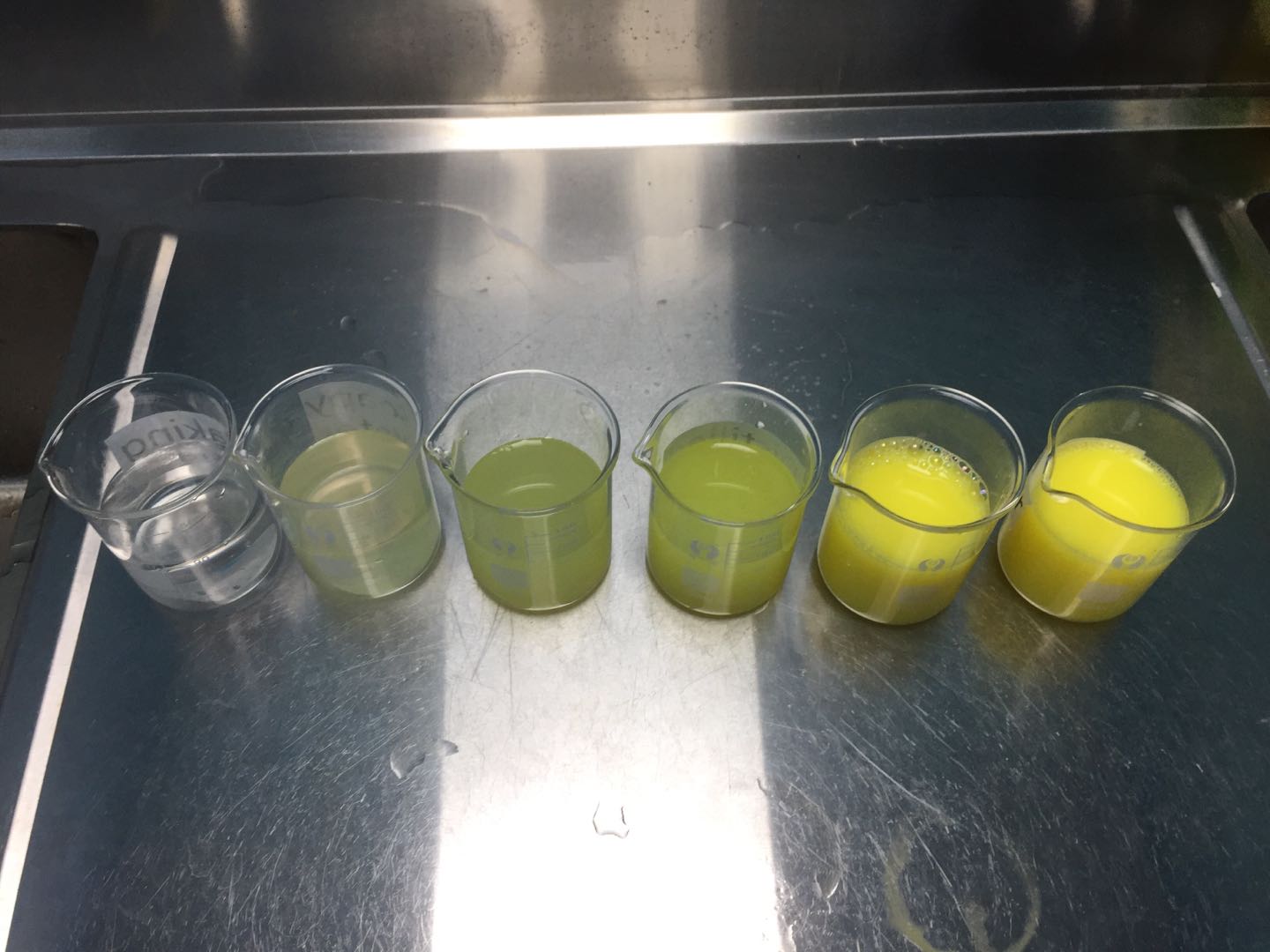 Step 3. Stir the solutions, and then pour them into the Cuvette for measurement. To get accurate data, clean the Cuvette every time we change the solution. Record the collected data in Excel. 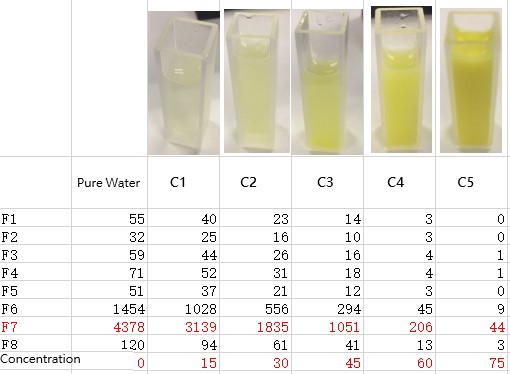 From the data we can see that as the dye concentration rises, the intensity of F7 becomes lower. If we assume that each drop of dye will increase the concentration by 15%, so the data of the 6 solutions can be fitted into a concentration curve of 0% - 75%. Next, we will fit this curve in Excel.

1) Select the data in rows of concentration and F7, and create a scatter diagram based on these data. 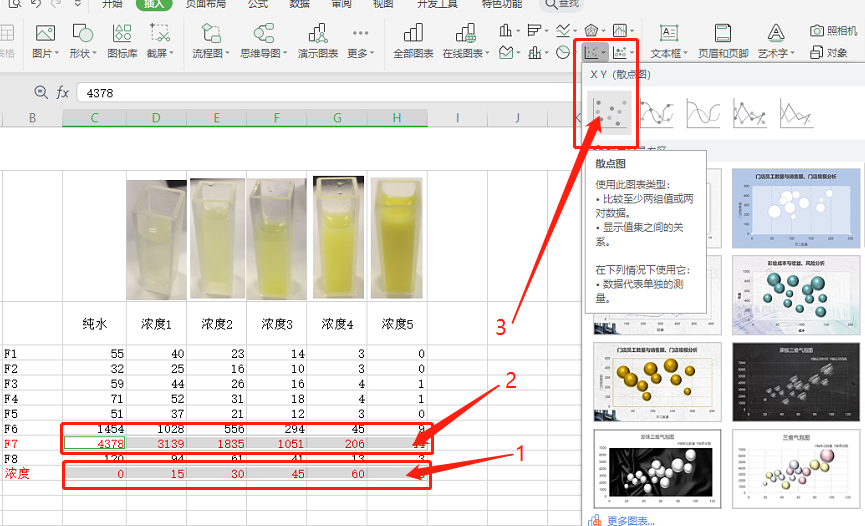 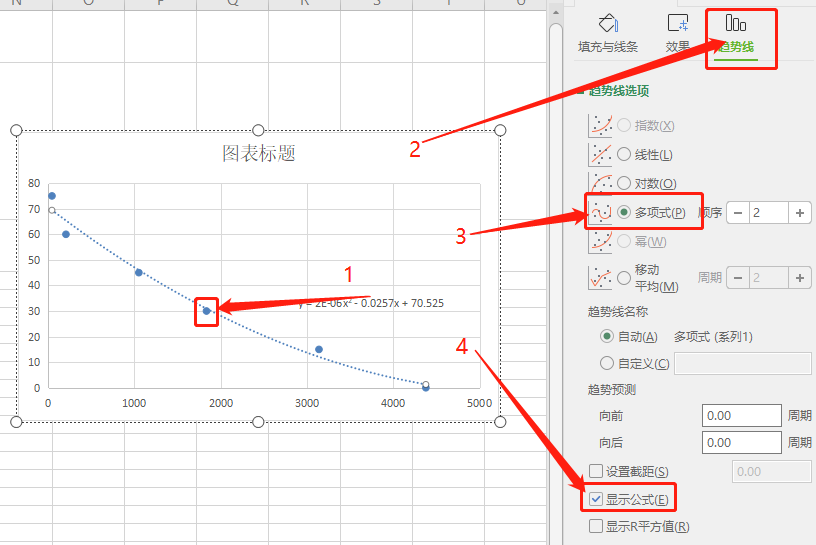 Add the library of the display and the revised code. All the codes and necessary libraries are attached to the end of the article.

Randomly mix a solution and pour it into the cuvette. 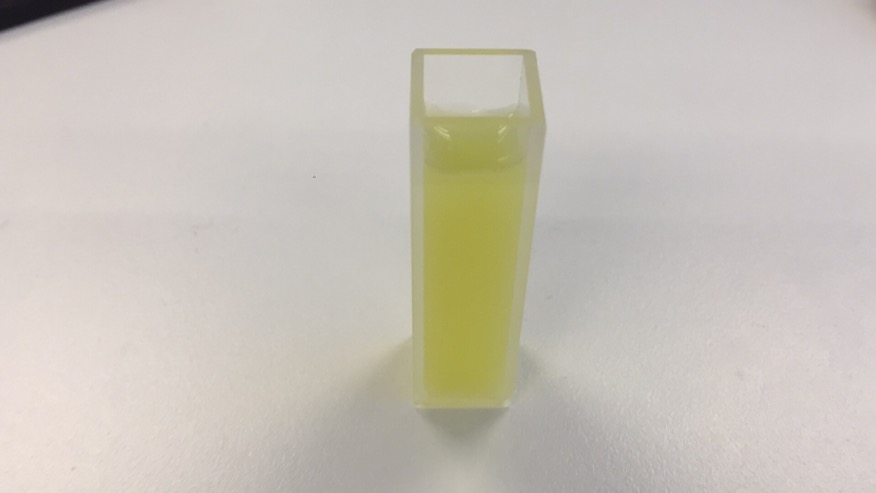 Put the cuvette into our device, then the solution concentration will be displayed on the screen. 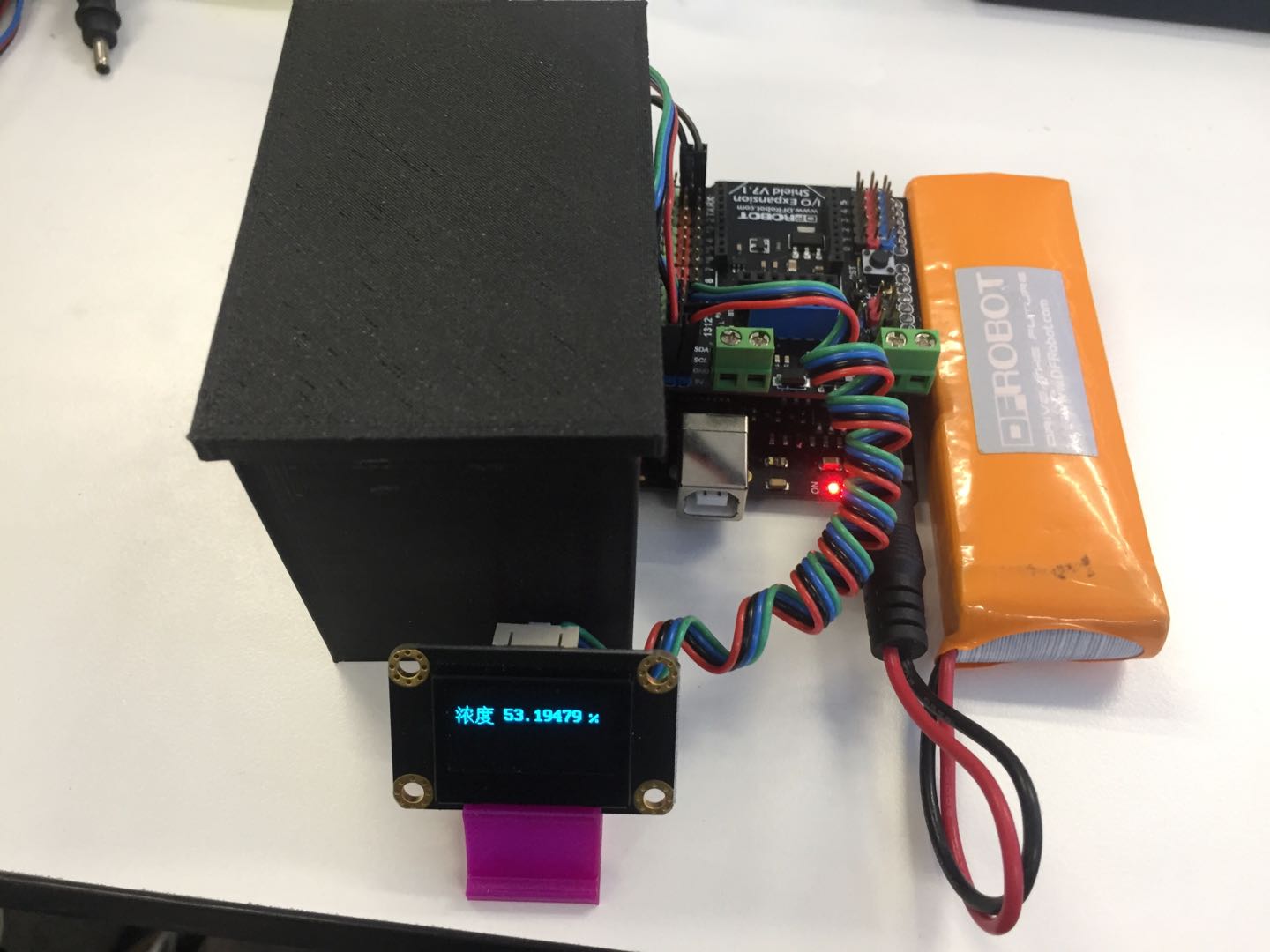