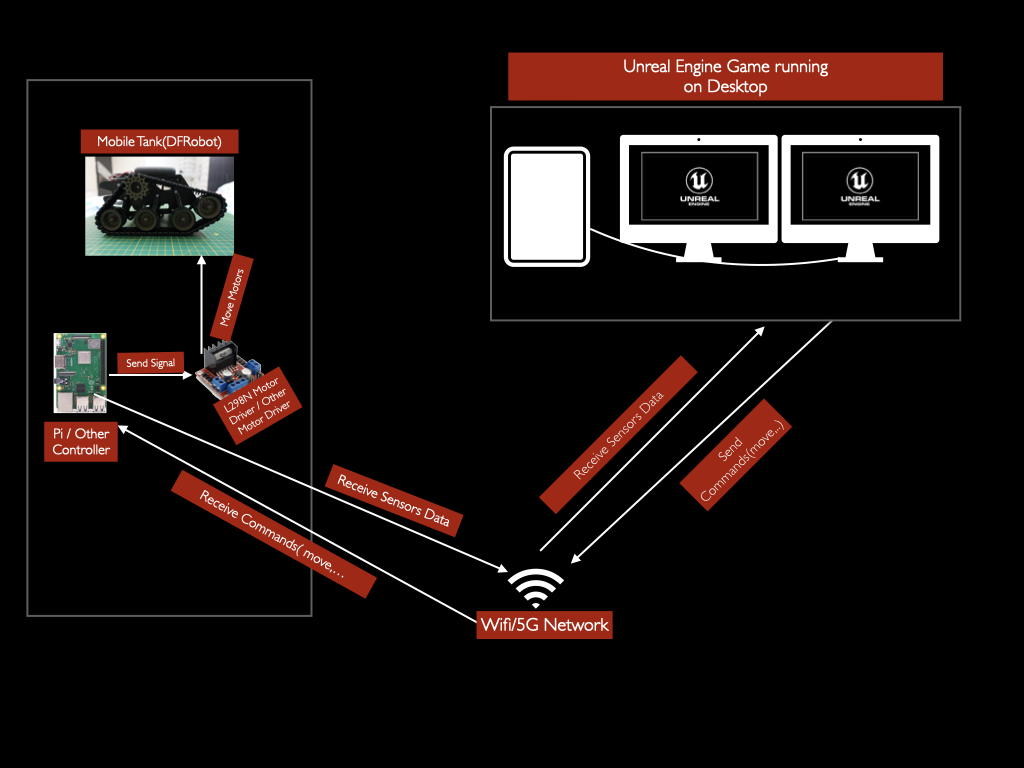 In this demo, Movement of real mobile tank is being controlled by the movement of a virtual tank in the game. This has been made by establishing a network connection between virtual tank in game & real mobile tank. In this version of the project, we're using Unreal Engine to build our Game. To communicate with the Mobile Tank, we're using TCP messaging. Unreal Engine Game sends the command(Forward/Backward) to Raspberry over wifi. Then Raspberry Pi sends the signal to L298N motor driver to motors.