A real-time music visualizer that lets you display an awesome light show that is synchronized to your music. 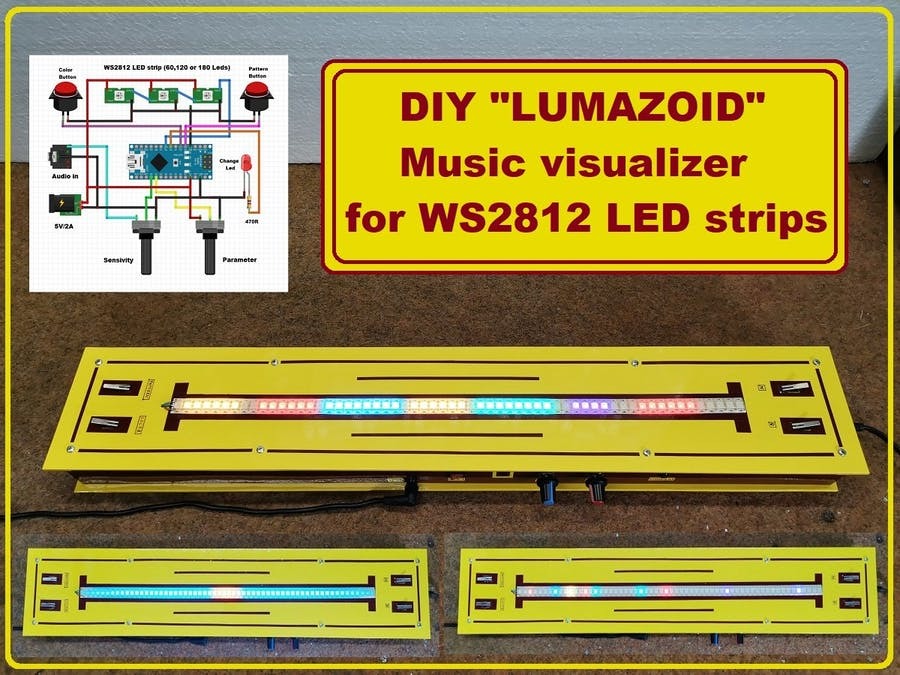 This time I will show you how to make a real-time music visualizer that lets you display an awesome light show that is synchronized to your music. The original project is Open Source, and is the work of "nootropic design". At their website "https://nootropicdesign.com/lumazoid/" you can order Lumazoid Realtime Music Visualizer Board with, or without a power supply. In this video, I will describe how to make the device yourself with the help of Arduino Uno or Arduino Nano microcontroller.

The device works with any WS2812 / WS2812B LED strips like NeoPixel and others and also Supports 60, 120, or 180 LED strip lengths. It has 8 different patterns + random mode that smoothly transitions between patterns and 3 different color modes with parameter control. Also, you can change the Sensitivity, the brightness of LEDs, next feature is Adjustable frequency response so you can choose to visualize all frequency bands or just the bass and beat. This is a great example of how with a little hardware and good Open Source code, can be made excellent device. It can be powered by 5V / 2A or higher.

So as I mentioned, the device is extremely simple and contains only a few electronic components:

-and one standard led diode 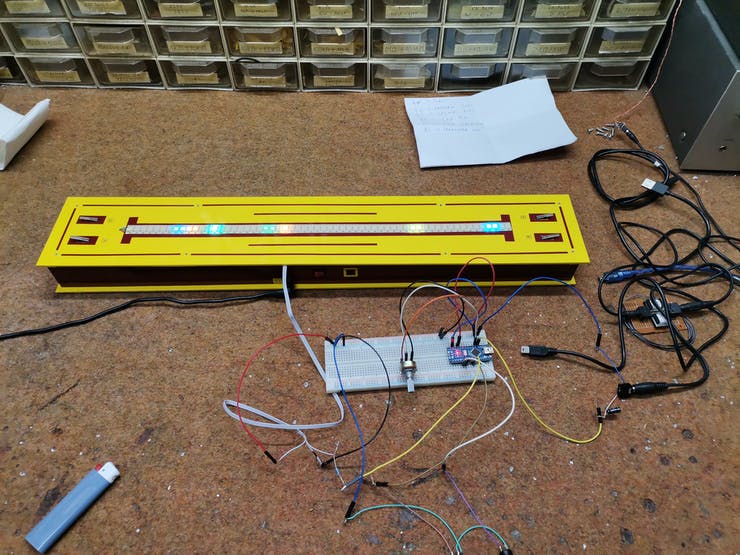 Several components are remaining from the previous project which was located in the same housing. To set Brightness we need to hold the color button when connecting power. A rainbow of LEDs will be displayed on the first 8 LEDs. Use the parameter knob to change the brightness. When finished, press the color button again and the configuration will be saved to memory. To set LED strip length hold the pattern button when connecting power. One, two, or three red LEDs will be displayed. Use the parameter knob to choose your LED strip configuration based on the number of red LEDs:

When finished, press the pattern button again and the configuration will be saved to memory.

There are 8 different patterns for displaying the audio peaks in the music. Press the pattern button to cycle through them. A white LED indicates which pattern is selected. The 9th pattern is “random” mode which is indicated by a red LED. This mode changes the pattern randomly with a random time interval. It has also 3 different color modes. Press the color button to cycle through them. The chosen mode is indicated by a blue LED at the beginning of the strip. Now we just need to bring an audio signal to the input and enjoy the beautiful light effects generated by this device called LUMAZIOD.

As I said before, I installed the device in a box from one of my previous projects, but of course, there are other more practical solutions, such as placing the control electronics in a small box and then connecting the LED strip with a cable in the appropriate place. 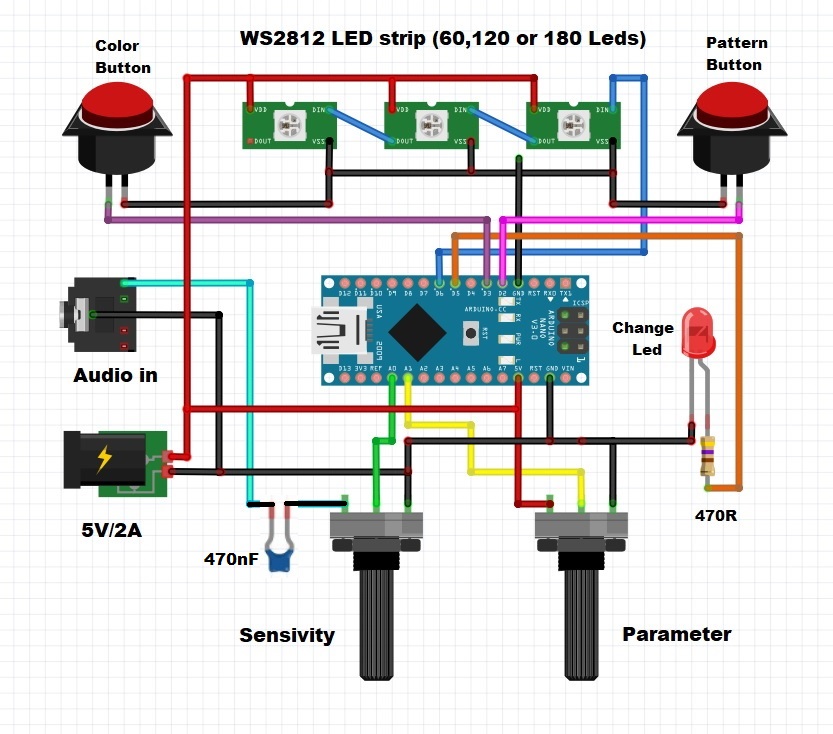 Firmware for the Lumazoid realtime music visualizer board — Read More

The article was first published in hackster, December 4, 2021