As you may have seen in my previous projects, I am utilizing a Creality CR-6 SE to print the 3D models I designed. During some of my prints, I encountered malfunctions related to the movements of my 3D printer four times while I was outside or not observing my printer. Generally, a non-watertight model, a problematic STL file, or an unstable printed part jammed or shifted one of the printer axes. When an axis is jammed or shifted, it causes faulty prints or impedes the printing process for troubleshooting.

Since the Creality CR-6 SE does not have Wi-Fi or an early warning system to monitor the printer motions and status, I decided to create a device to track the printer's lateral and vertical motions while printing so as to get informed of potential malfunctions related to the printer movements:

Y-Axis (the printer or heated bed)

To endow this device with the ability to track X-axis, Y-axis, and Z-axis movements, I decided to employ the HuskyLens AI camera to recognize tags (AprilTags) denoting the axis motion. Since I was trying to develop a budget-friendly IoT device, I decided to utilize Raspberry Pi Pico to obtain and transfer the detected printer movements by the HuskyLens AI camera. Although there are various methods to connect Raspberry Pi Pico to the Internet, I chose to use the Pico-compatible WIZnet Ethernet HAT utilizing W5100S Hardwired TCP/IP CHIP. Since my printer is very close to my router, I did not encounter any issues regarding connecting the Ethernet cable or positioning the device.

After connecting Raspberry Pi Pico to the Internet, I decided to utilize a Telegram bot to track the detected printer axis movements and get notified of malfunctions related to the printer motions. Since Telegram is a cross-platform cloud-based messaging service compatible with iOS and Android, the Telegram bot allows the user to monitor the printer movements and potential malfunctions on several devices. On Telegram, it is effortless to create bots with a command list unalike any other messaging application, which are special accounts that do not require an additional phone number to set up.

Lastly, to make the device as stylish and robust as possible while operating in my workshop, I designed a T-800 Terminator-inspired case with a removable top cover (3D printable). 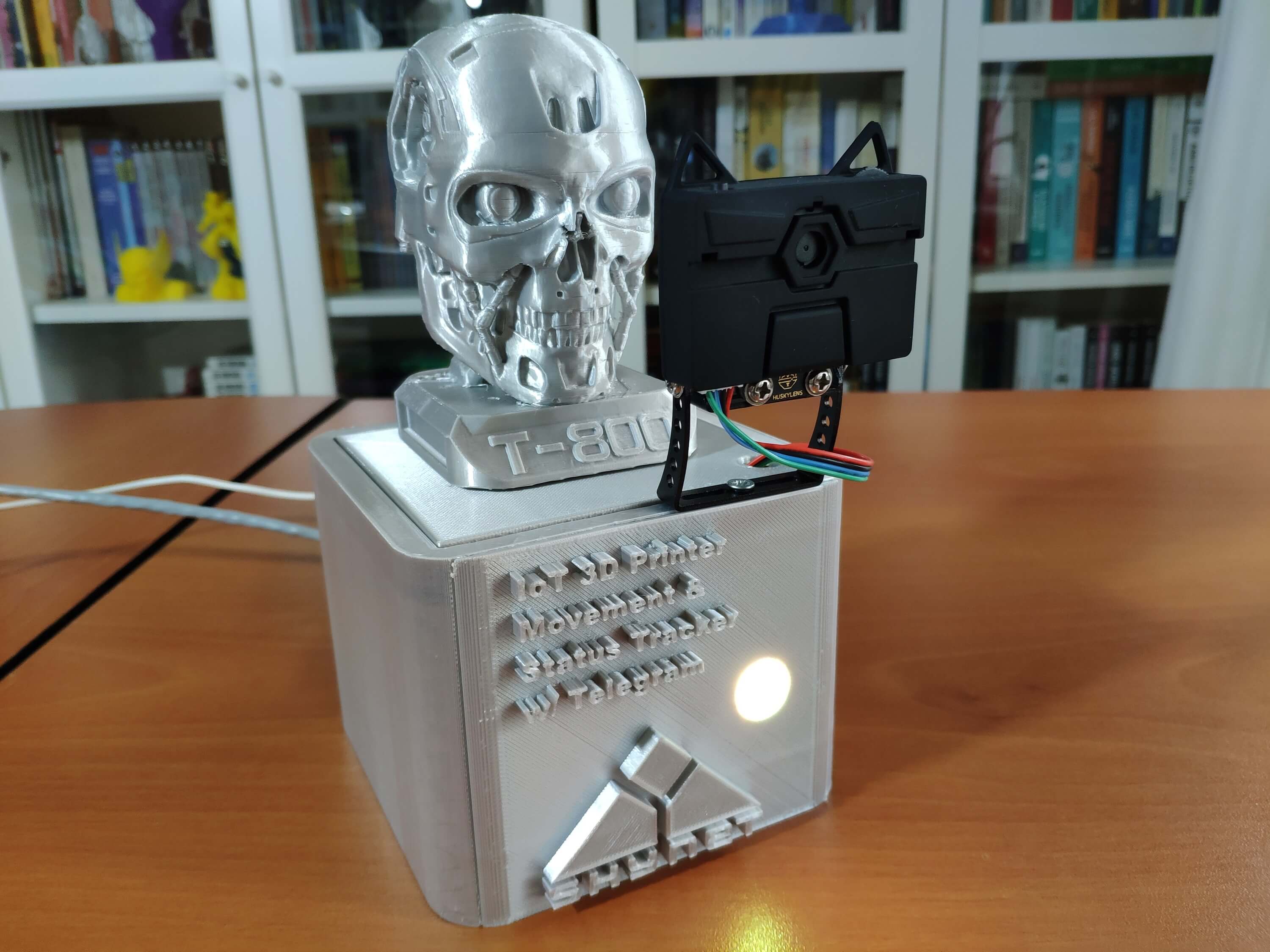 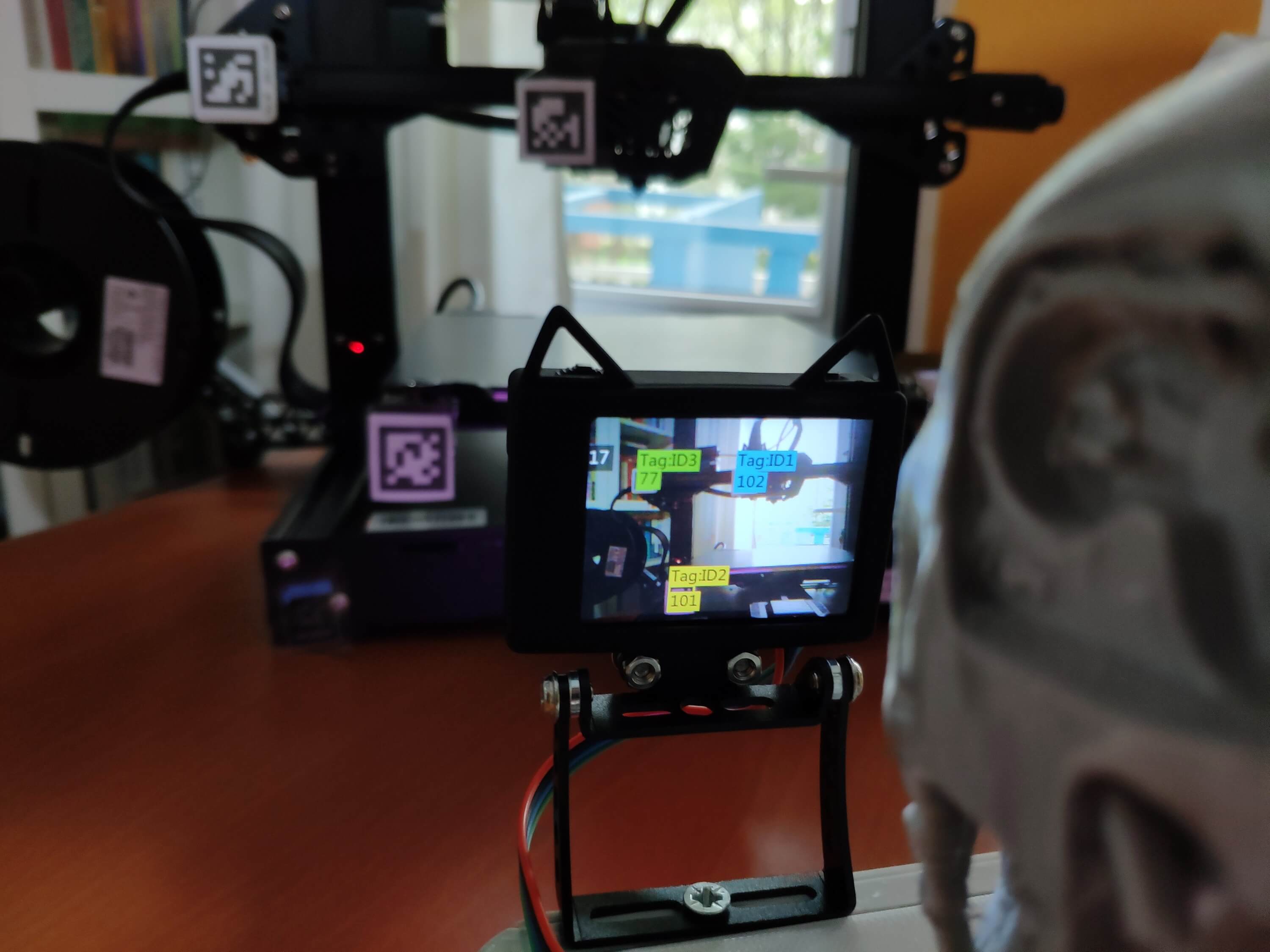 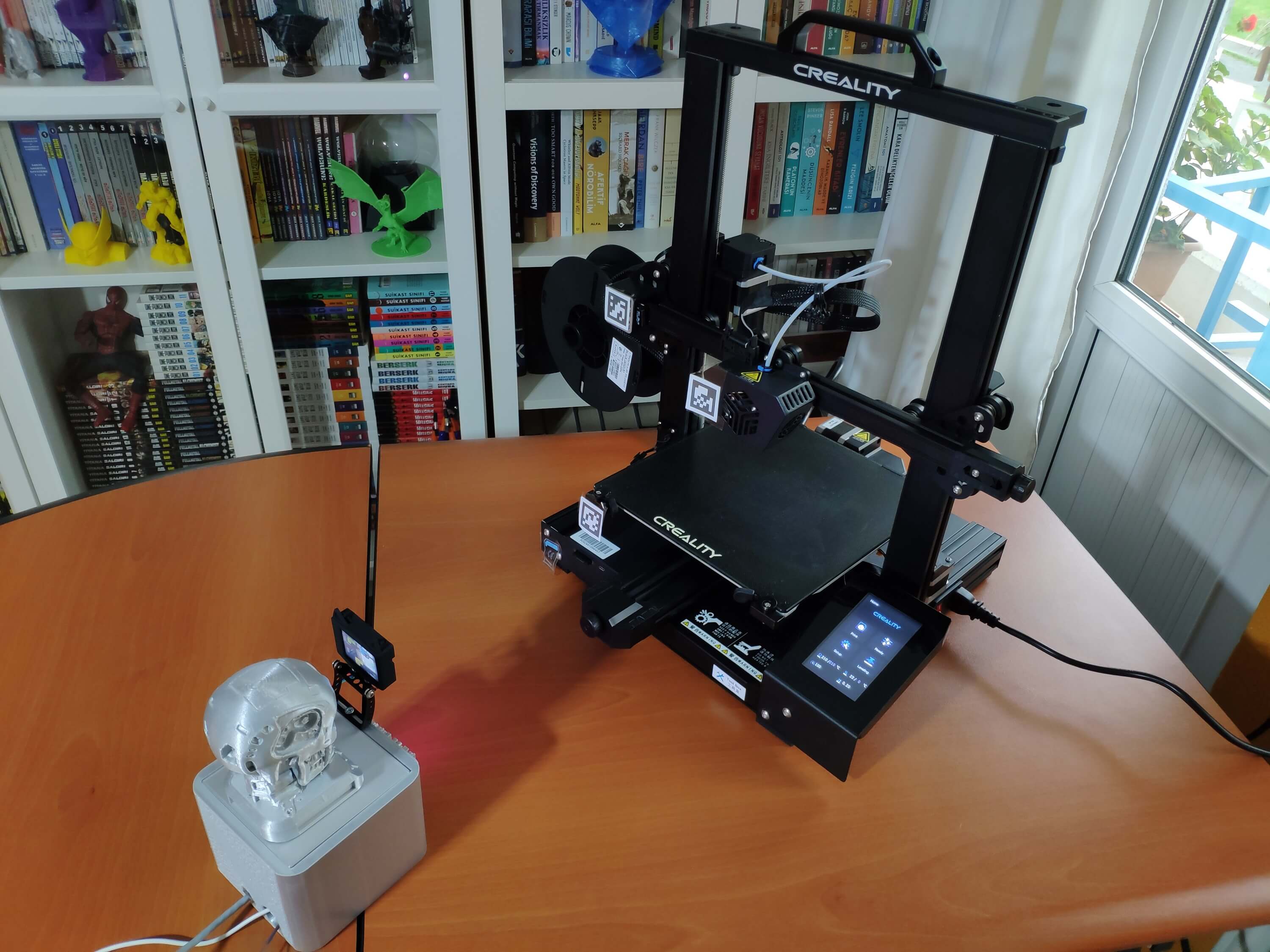