The principle of induction heating is folows:  an electric conductor such as iron container placed in the variable magnetic flux is heated rapidly by induced eddy current caused by electromagnetic induction, and hysteretic heat loss, which is generated by vibration and friction of each molecule in magnetic material under AC magnetic flux.

Recently, in a recommended video on YouTube, I noticed a title that was roughly "Induction heater without a coil" and I took a brief look at it, so it was such a device that uses a ferrite core coil instead of an air coil. The idea is really original and new, so I decided to make a heater like this and compare it to a flat pancake coil induction heater presented in one of my previous videos (https://www.youtube.com/watch?v=1YpAknA4VnA&t=460s   and  https://www.youtube.com/watch?v=ENLs_C-0chc&t=34s).
The device is completely identical to the previously mentioned, and uses an electric circuit called Mazzilli ZVS driver which is a modified version of the Royer Oscillator. It consist Two or four Power mosfet transistors mounted on large heatsinks with Fans for cooling. In my case mosfets are SW3205 . Also a very important part is the capacitive bank composed of several capacitors connected in parallel. In this particular case they are six quality MKP capacitors with a capacity of 1 micro farad each and a voltage of 400V. The two toroidal coils serve to limit the current. 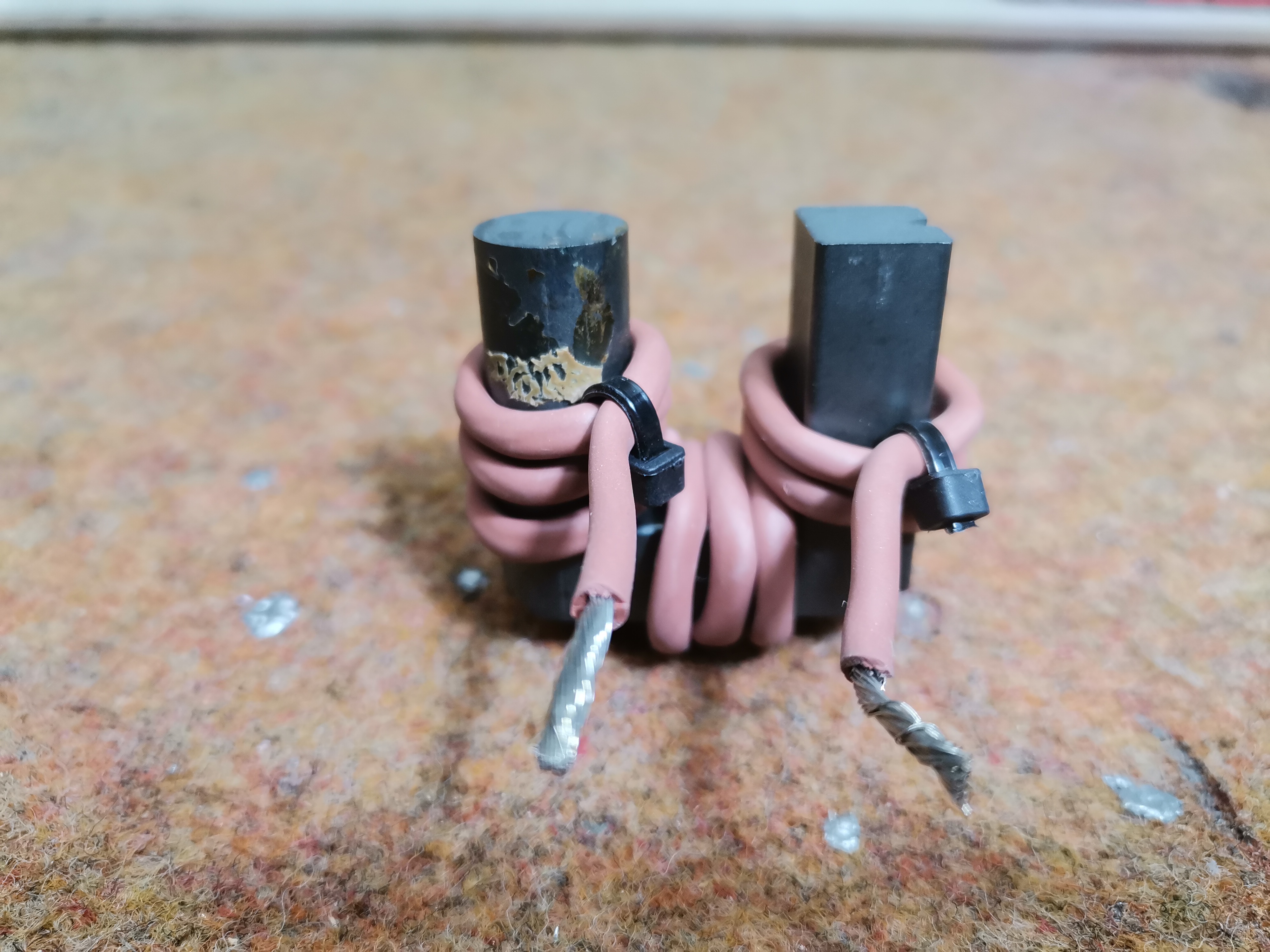 In this case the coil is wound on an open ferrite core. The core is taken from a high voltage transformer from an old TV. I will use the heater to heat water, so the iron bowl with water should be placed above the ferrite core.
If we want the circuit to oscillate with the same frequency as early mentioned devices, the number of turns must be less than when the core is air because the magnetic permeability of the ferrite core is much higher than that of air. The device is powered by 12V Power Supply from old Server Computer.The power supply must provide a minimum 20 Ampers of current. 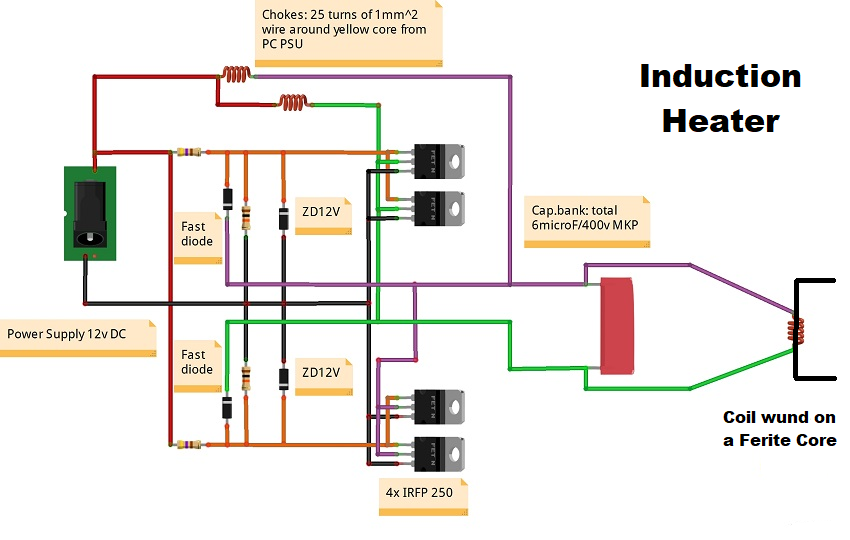 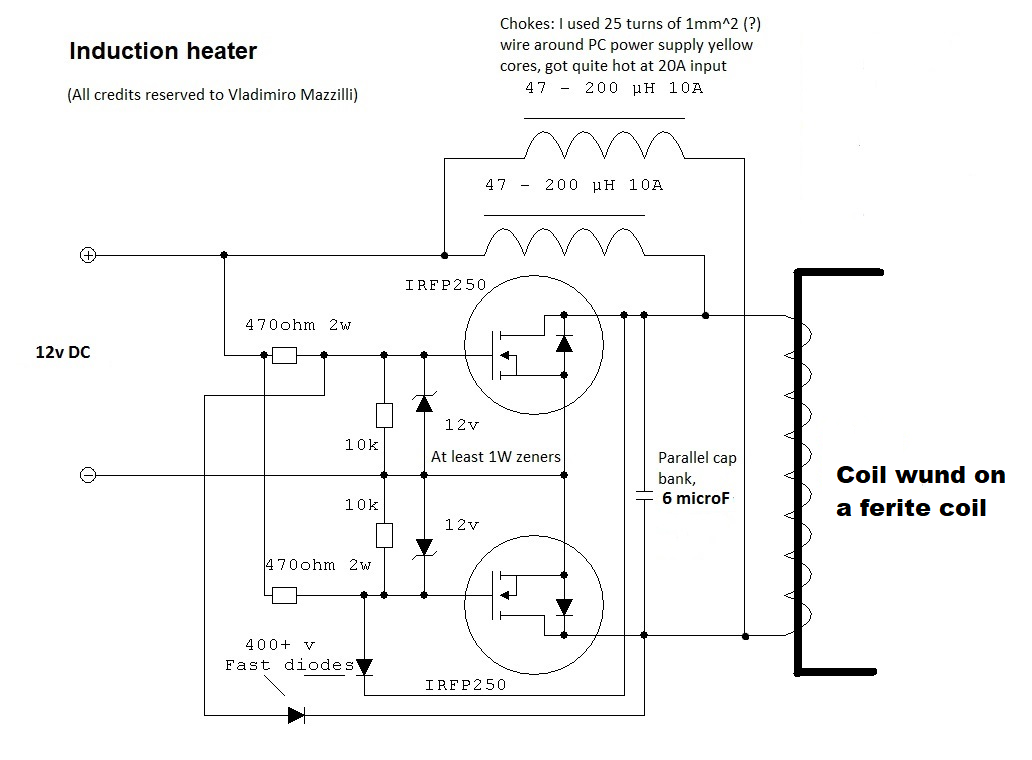