As many of us know, yogurt is produced by bacterial fermentation of milk, which can be of cow, goat, ewe, sheep, etc. The fermentation process thickens the milk and provides a characteristic tangy flavor to yogurt. Considering organisms contained in yogurt stimulate the gut's friendly bacteria and suppress harmful bacteria looming in the digestive system, it is not surprising that yogurt is consumed worldwide as a healthy and nutritious food[1].

Even though yogurt production and manufacturing look like a simple task, achieving precise yogurt texture (consistency) can be arduous and strenuous since various factors affect the fermentation process while processing yogurt, such as:

In this regard, most companies employ food (chemical) additives while mass-producing yogurt to maintain its freshness, taste, texture, and appearance. Depending on the production method, yogurt additives can include diluents, water, artificial flavorings, rehashed starch, sugar, and gelatine.

In recent years, due to the surge in food awareness and apposite health regulations, companies were coerced into changing their yogurt production methods or labeling them conspicuously on the packaging. Since people started to have a penchant for consuming more healthy and organic (natural) yogurt, it became a necessity to prepare prerequisites precisely for yogurt production without any additives. However, unfortunately, organic (natural) yogurt production besets some local dairies since following strict requirements can be expensive and demanding for small businesses trying to gain a foothold in the dairy industry.

After perusing recent research papers on yogurt production, I decided to utilize temperature, humidity, pressure, milk temperature, and culture weight measurements denoting yogurt consistency before fermentation so as to create an easy-to-use and budget-friendly device in the hope of assisting dairies in reducing total cost and improving product quality.

Even though the mentioned factors can provide insight into detecting yogurt consistency before fermentation, it is not possible to extrapolate and construe yogurt texture levels precisely by merely employing limited data without applying complex algorithms. Hence, I decided to build and train an artificial neural network model by utilizing the empirically assigned yogurt consistency classes to predict yogurt texture levels before fermentation based on temperature, humidity, pressure, milk temperature, and culture weight measurements.

Since XIAO ESP32C3 is an ultra-small size IoT development board that can easily collect data and run my neural network model after being trained to predict yogurt consistency levels, I decided to employ XIAO ESP32C3 in this project. To collect the required measurements to train my model, I used a temperature & humidity sensor (Grove), an integrated pressure sensor kit (Grove), an I2C weight sensor kit (Gravity), and a DS18B20 waterproof temperature sensor. Since the XIAO expansion board provides various prototyping options and built-in peripherals, such as an SSD1306 OLED display and a MicroSD card module, I used the expansion board to make rigid connections between XIAO ESP32C3 and the sensors.

Since the expansion board supports reading and writing information from/to files on an SD card, I stored the collected data in a CSV file on the SD card to create a data set. In this regard, I was able to save data records via XIAO ESP32C3 without requiring any additional procedures.

After completing my data set, I built my artificial neural network model (ANN) with Edge Impulse to make predictions on yogurt consistency levels (classes). Since Edge Impulse is nearly compatible with all microcontrollers and development boards, I had not encountered any issues while uploading and running my model on XIAO ESP32C3. As labels, I utilized the empirically assigned yogurt texture classes for each data record while collecting yogurt processing data:

After training and testing my neural network model, I deployed and uploaded the model on XIAO ESP32C3. Therefore, the device is capable of detecting precise yogurt consistency levels (classes) by running the model independently.

Since I wanted to allow the user to get updates and control the device remotely, I decided to build a complementing Blynk application for this project: The Blynk dashboard displays the recent sensor readings transferred from XIAO ESP32C3, makes XIAO ESP32C3 run the neural network model, and shows the prediction result followingly.

Lastly, to make the device as sturdy and robust as possible while operating in a dairy, I designed a dairy-themed case with a sliding (removable) front cover (3D printable). 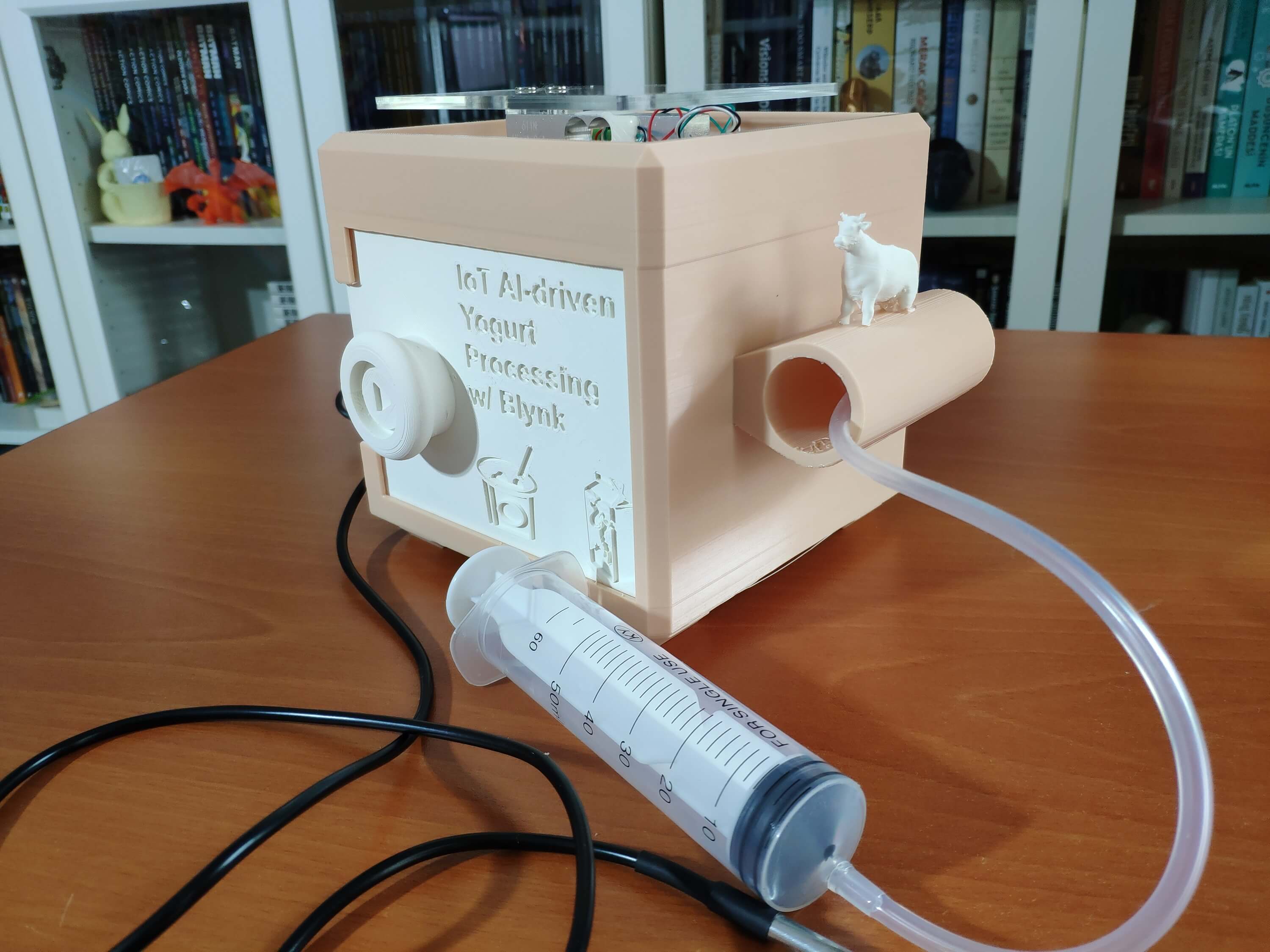 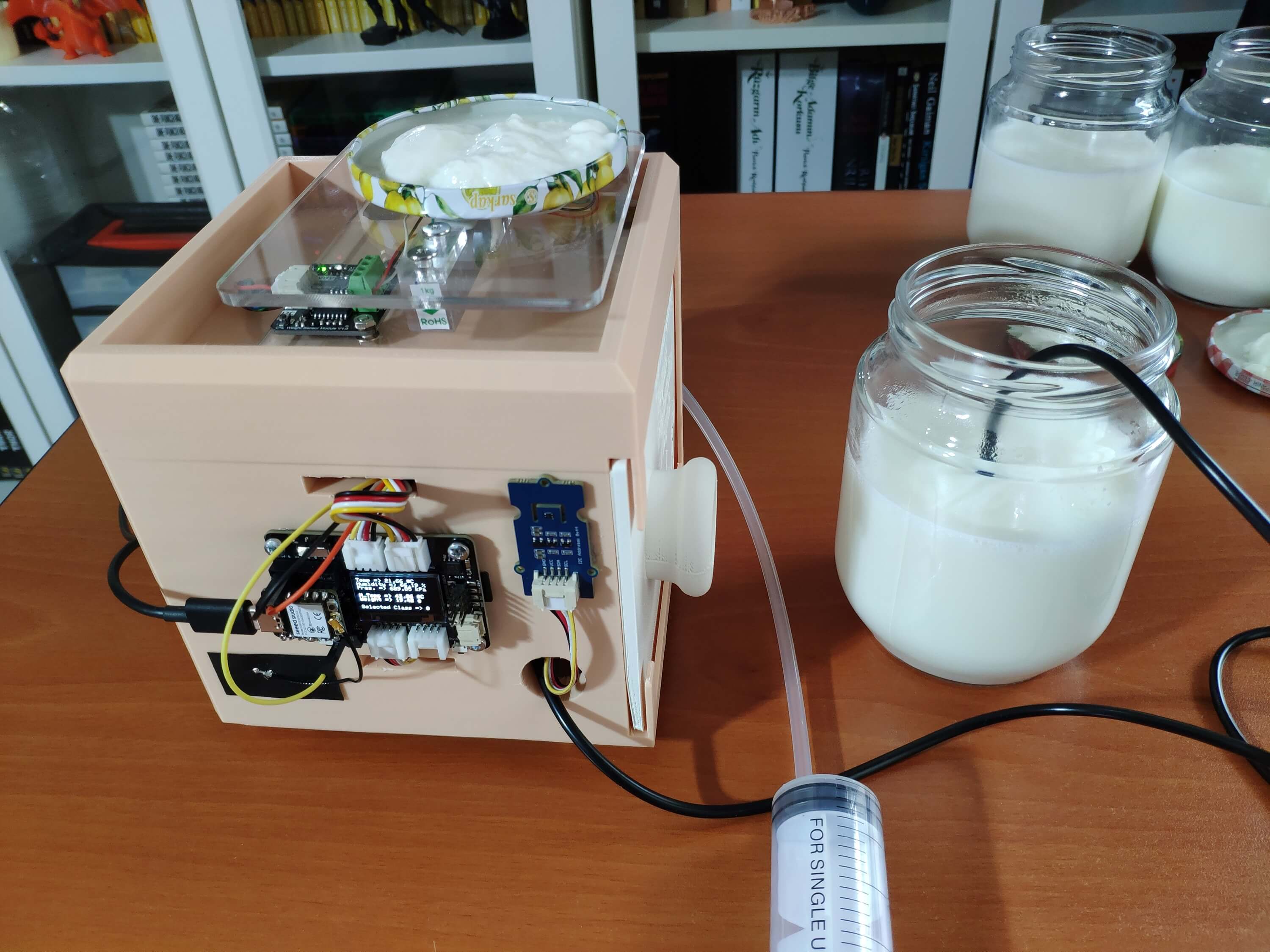 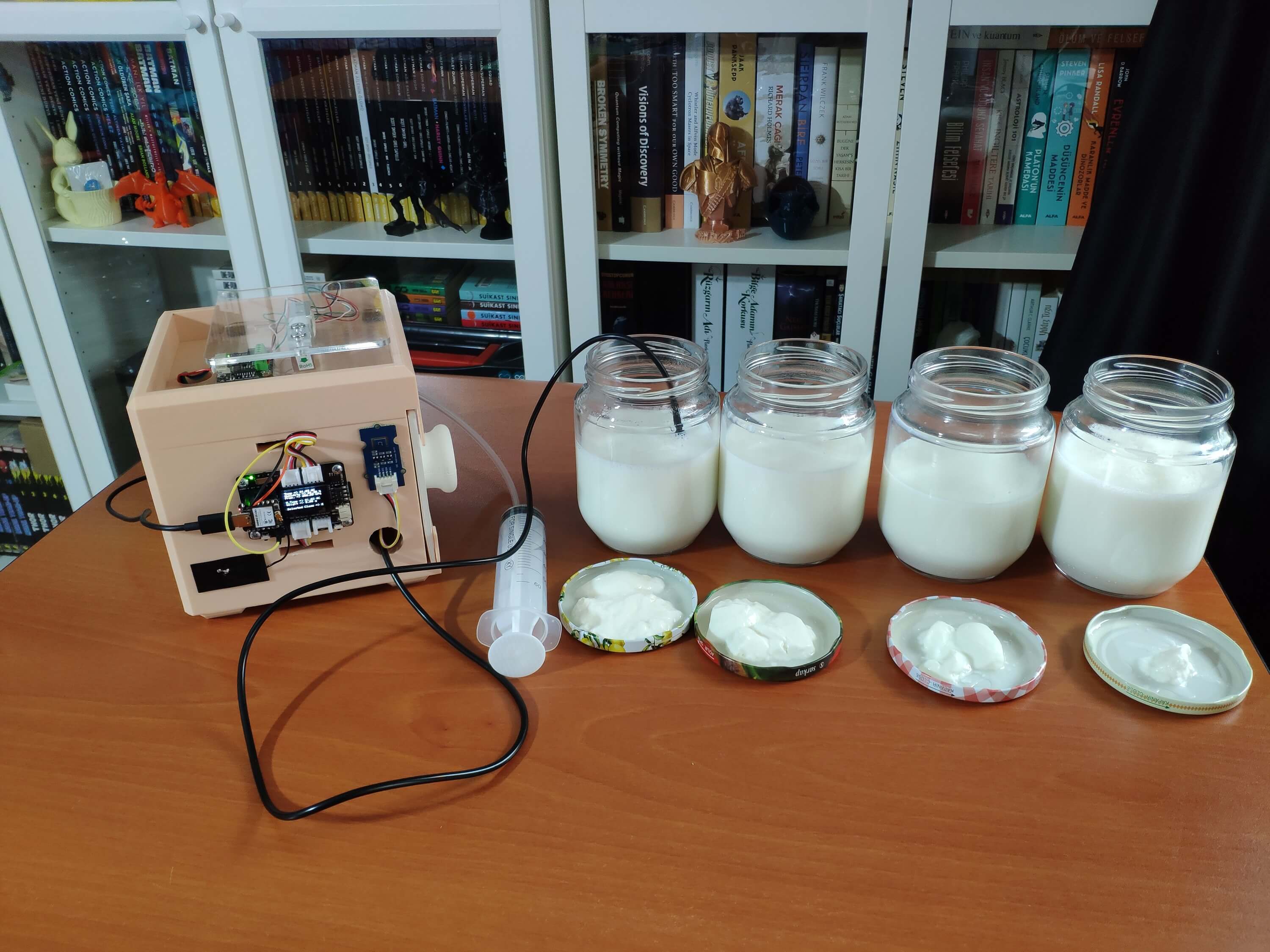 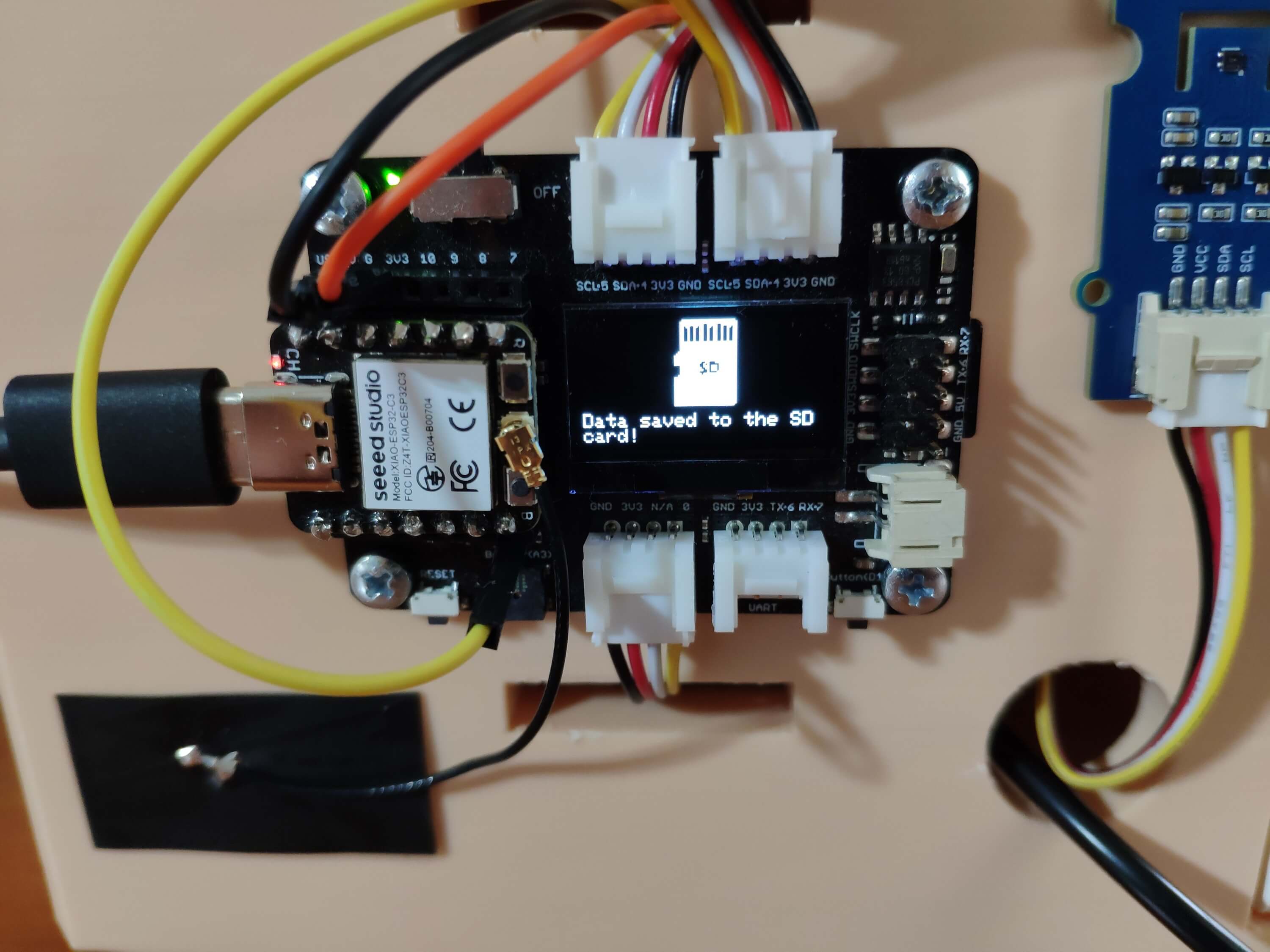 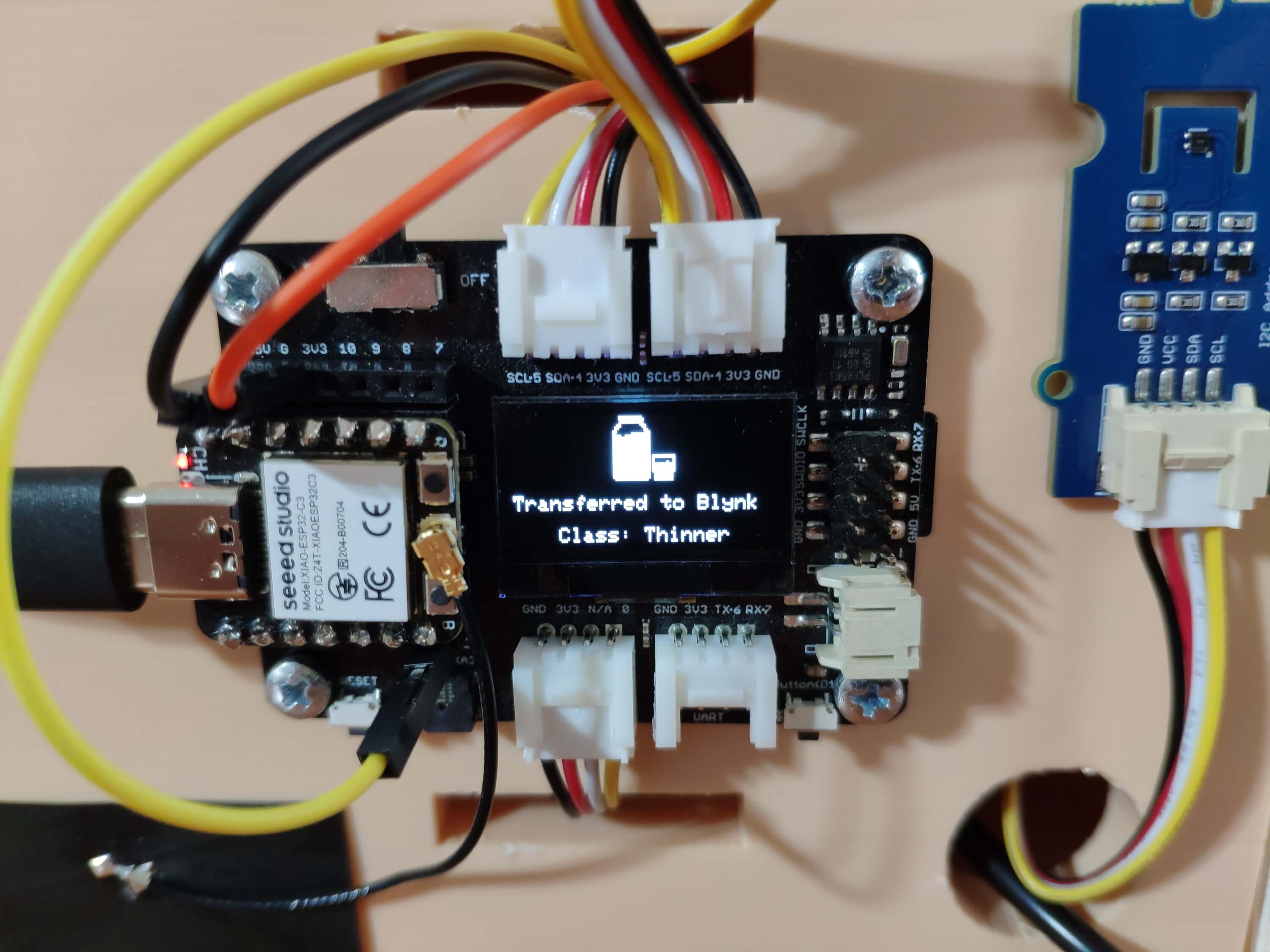 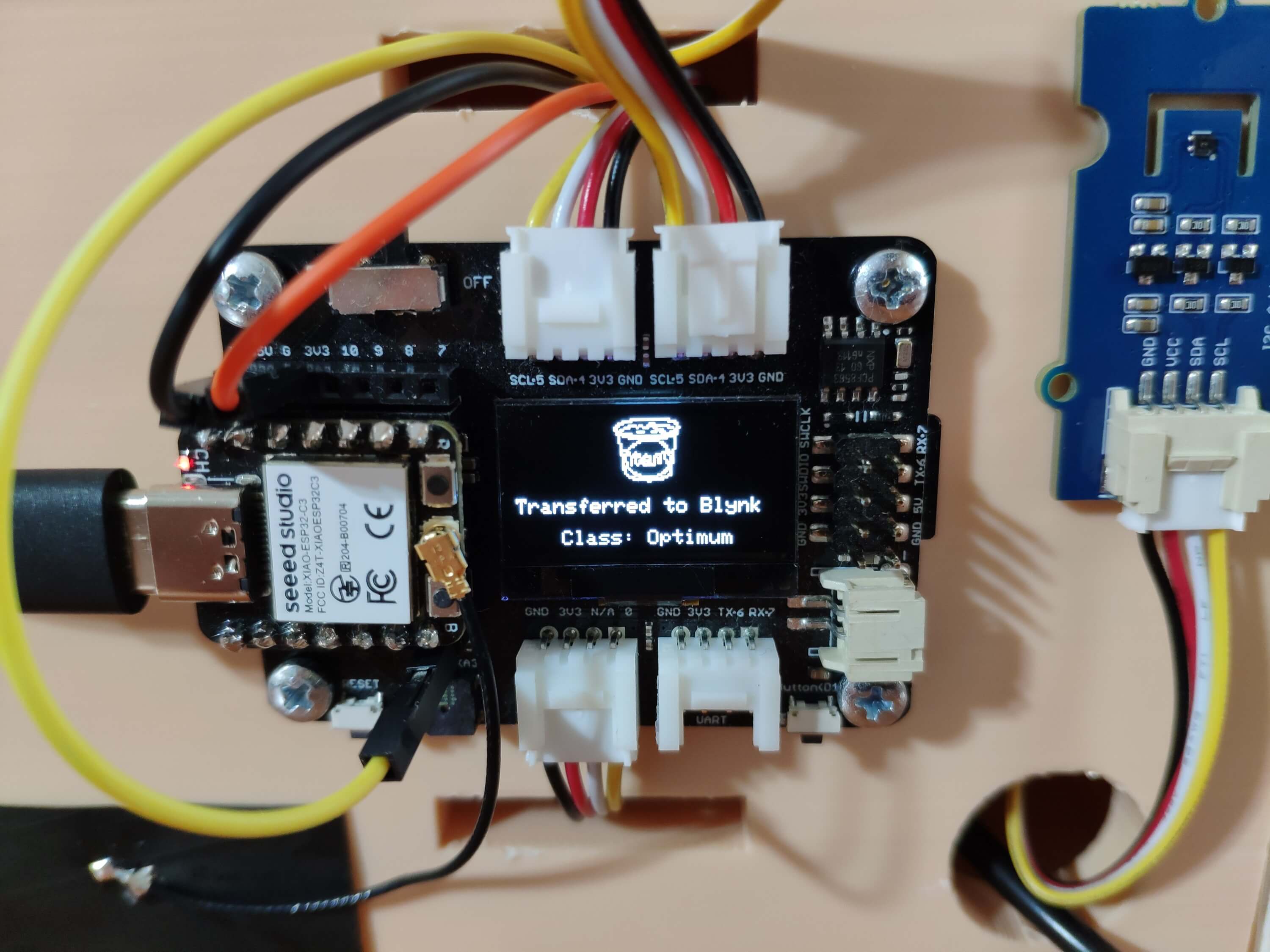 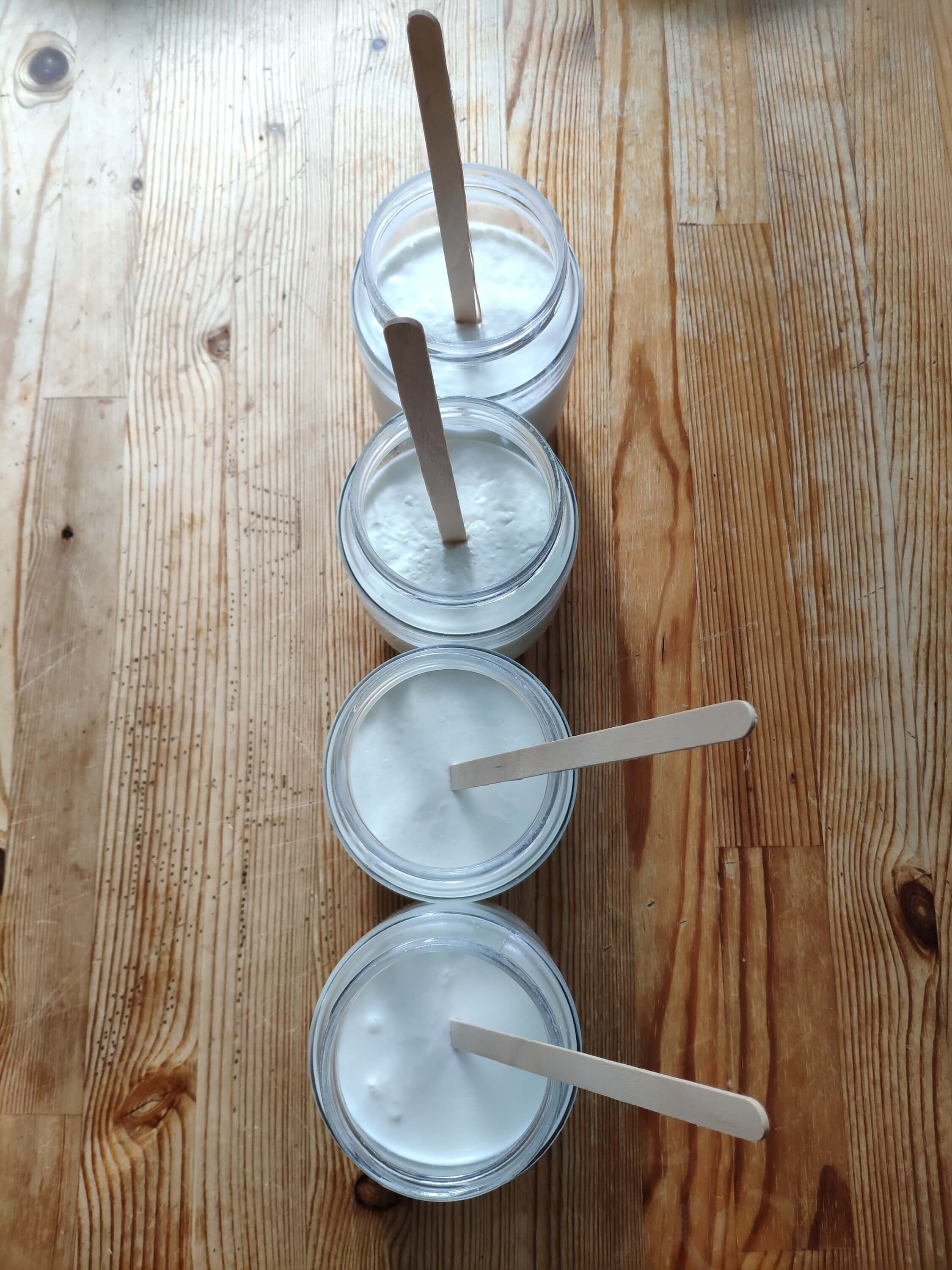 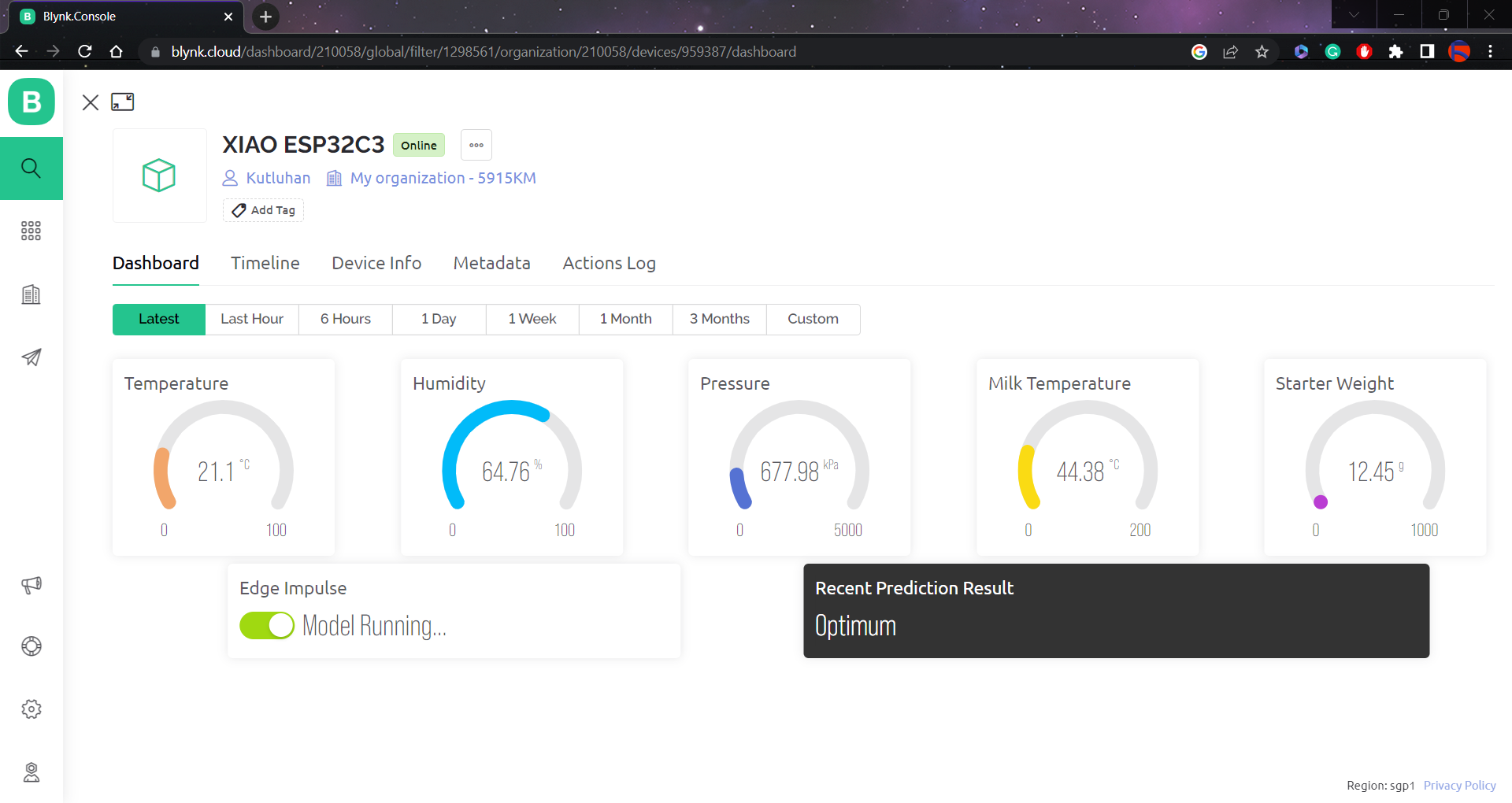