In recent years, spreading forest fires impinged on endangered animal populations, water resources, pasture lands, farms, and property. Due to climate change, it is more challenging to extinguish or manage forest fires than ever before. Since the expected rain seasons are getting shorter each following year, forests encounter an irrevocable threat because of wildfires. Therefore, it is crucial to avert possible forest fires even before being ignited.

Although wildfires can start intrinsically due to lightning, hot and humid weather, or volcanic activity, unfortunately, humans engender more than 8 in 10 forest fires — 84 percent — worldwide[1]. Human-caused forest fires are mostly instigated by campfires left unattended, burning debris, equipment use and malfunctions, negligently discarded cigarettes, and intentional acts of arson[2]. Since cigarette butts and burning debris can start a fire by getting exposed to a reflected light beam through glass, plastic, or natural triggers even after being extinguished, it is most effective to eliminate cigarette butts and burning debris immediately to avoid possible forest fires. Even small fires caused by negligently discarded cigarette butts can beset us with the pernicious consequences of conflagration.

After perusing recent research papers on eliminating forest fire risks, I found out that removing negligently discarded cigarette butts and detecting small burning debris are arduous and strenuous for fire wardens. Due to irresponsible and reckless people, it is nearly impossible for fire wardens to eliminate each threat causing forest fires in time. Also, most countries do not earmark adequate funds to track these little treats due to the demanding workload. Therefore, I decided to build a remote-controlled robot that can:

To build my robot base and integrate object detection and multi-color detection, I decided to utilize parts manufactured by EZ-Robot. Since EZ-Robot provides official support in the Synthiam ARC software for their robot parts and kits, I was able to use built-in computer vision algorithms, program robot features, and design a unique user interface effortlessly. EZ-Robot products provide a coding and robotics platform which is easy enough for elementary use cases and powerful for universities and real-world applications.

In addition to the EZ-Robot parts, I connected a TS01 IR temperature sensor and an L9110 fan motor to the EZ-B v4 smart controller (the brain of the robot) so as to detect and quench burning debris remotely. I implemented these features on the robot in the hope of preventing small fires from entrenching themselves in forests rapidly.

Since I wanted to notify the user of the incident location via SMS for detected cigarette butts and burning debris, I decided to employ an Arduino MKR GSM 1400 compatible with GSM and GPRS. After transferring the incident location via SMS successfully, I also connected a 10mm common anode RGB LED module (Keyes) to the MKR GSM 1400, which can be controlled via the ARC user interface remotely.

After training my robot to recognize cigarette butts with object detection and multi-color detection and programming robot features on the Synthiam ARC, I designed custom 3D-printable parts to make my robot as robust and sturdy as possible while operating outdoors. 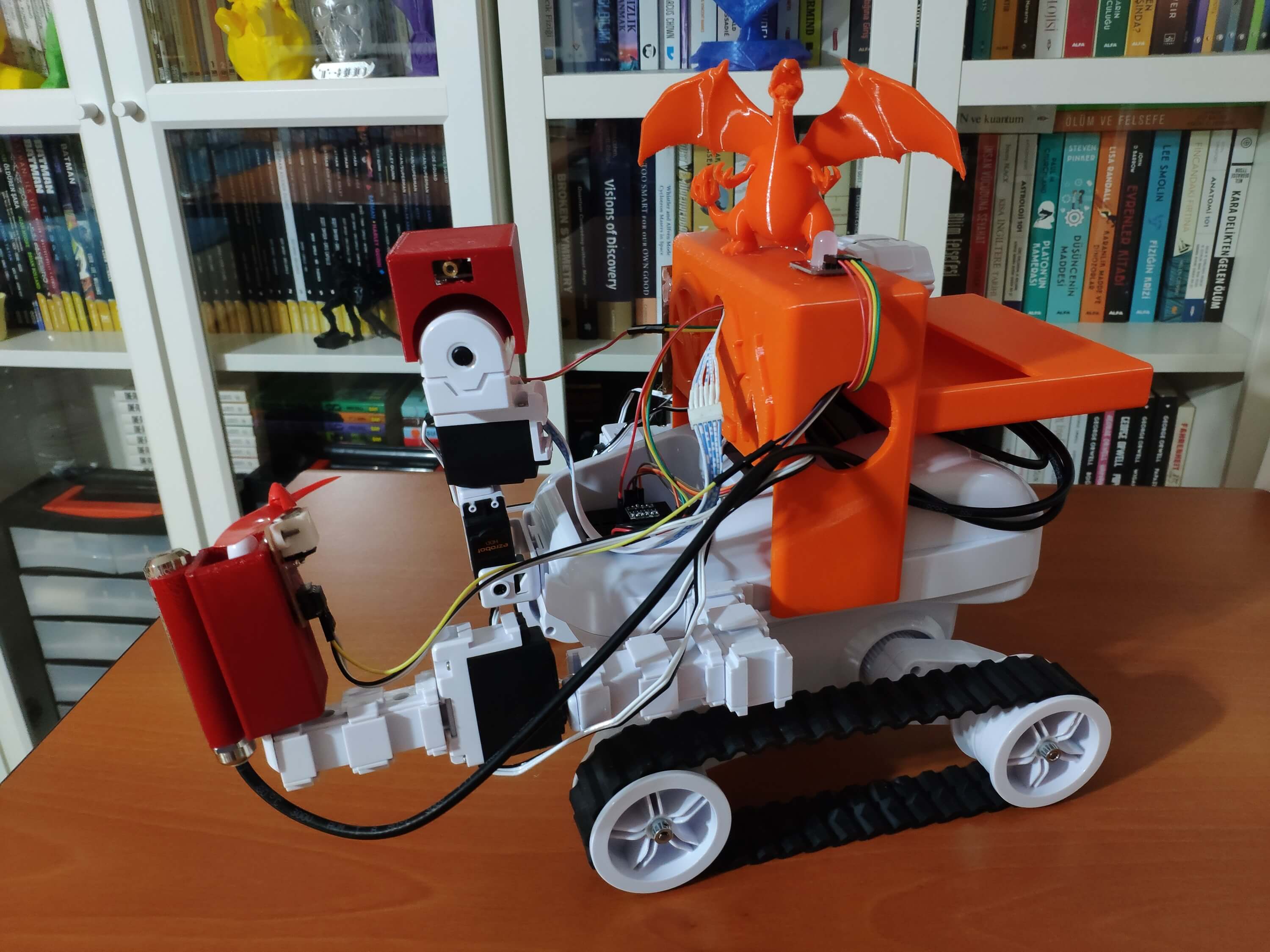 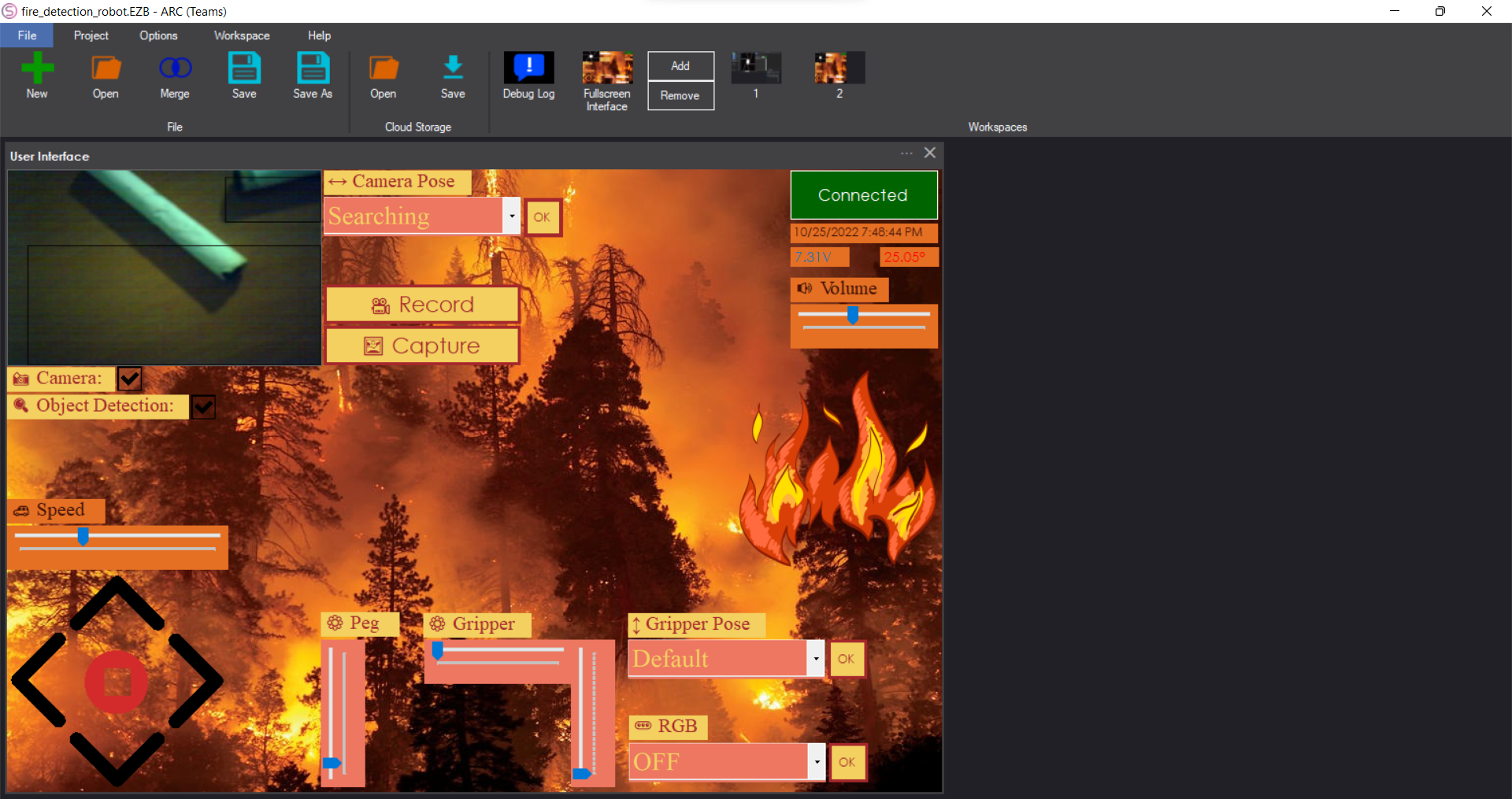 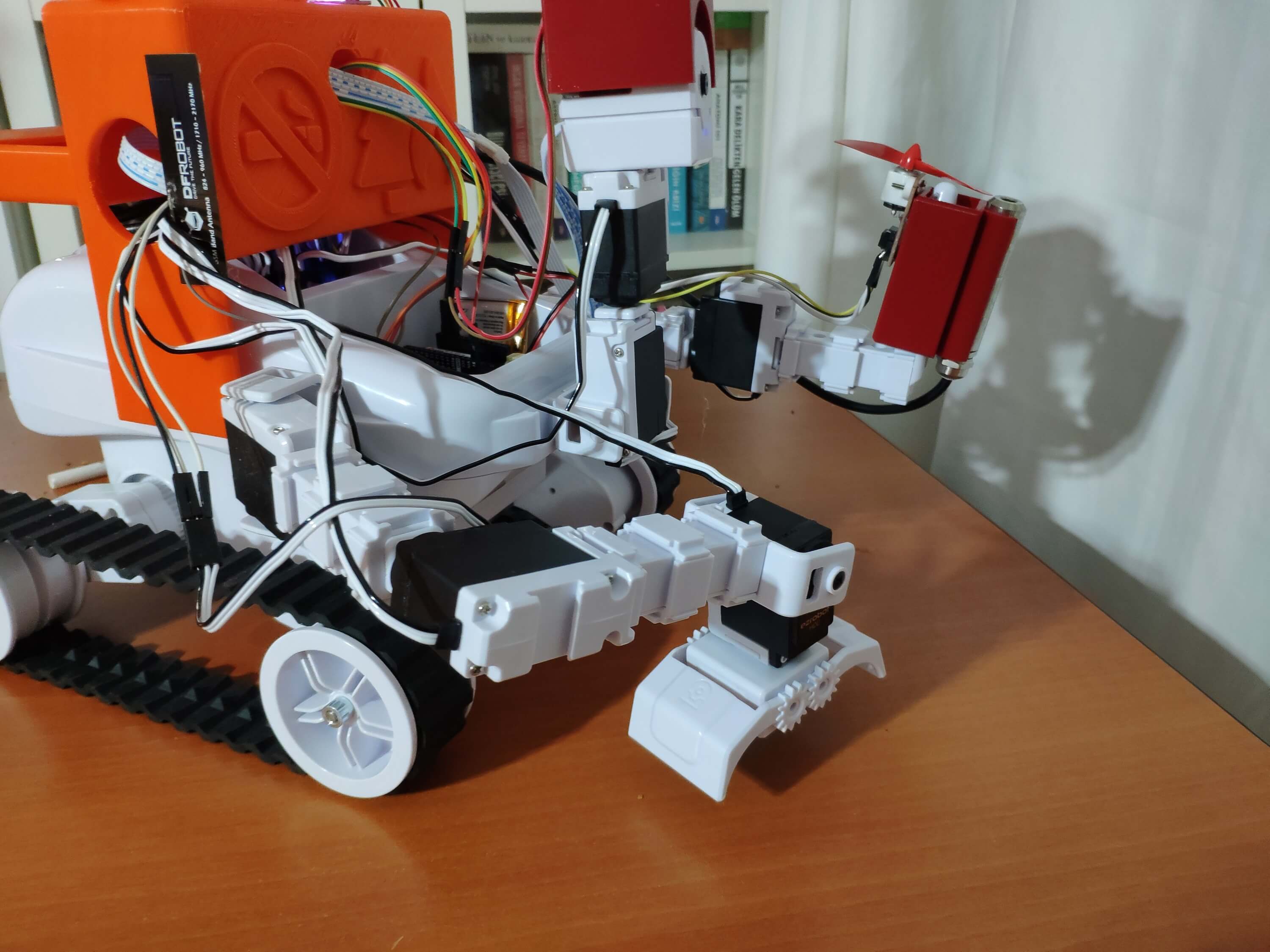 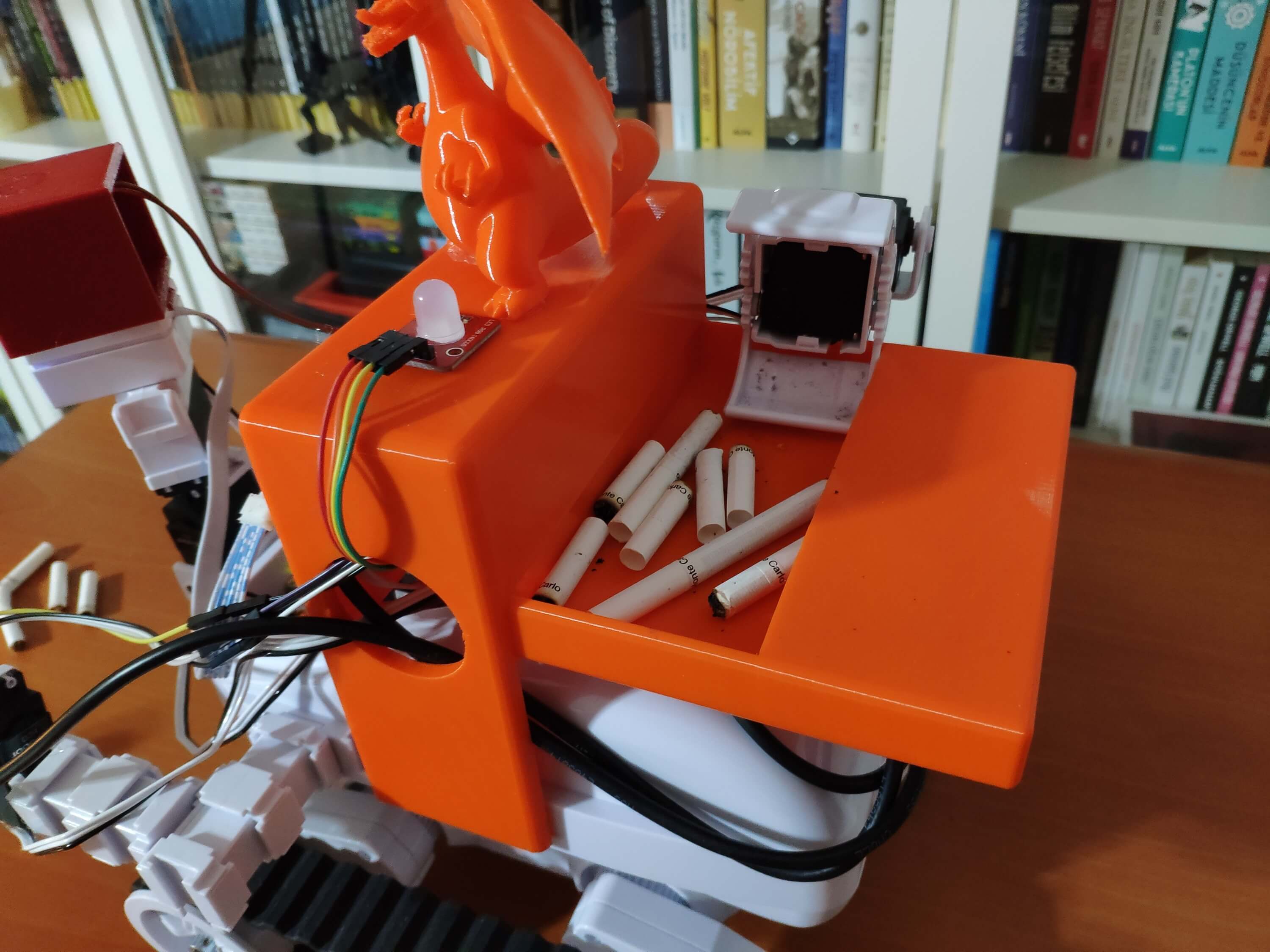 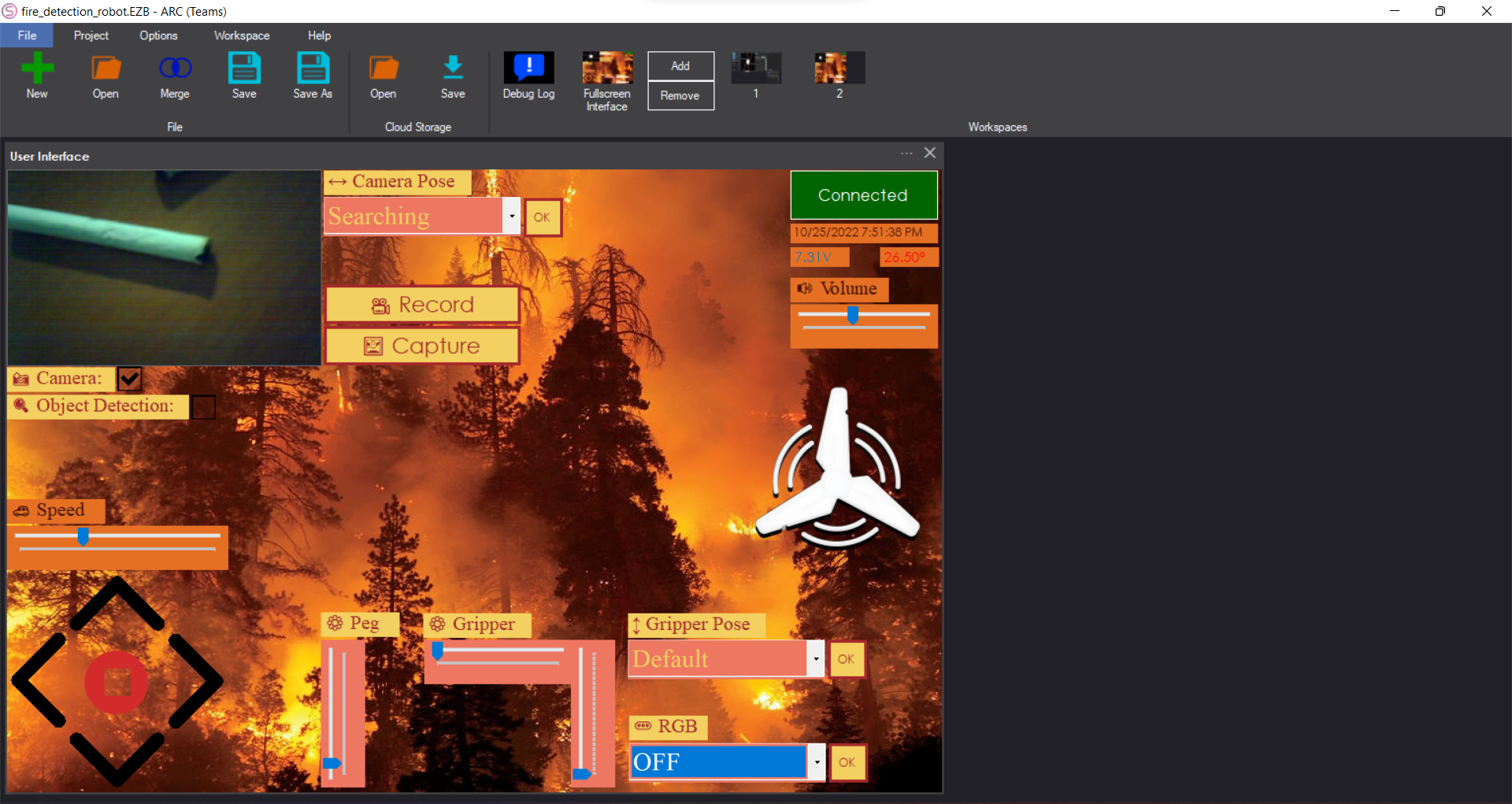 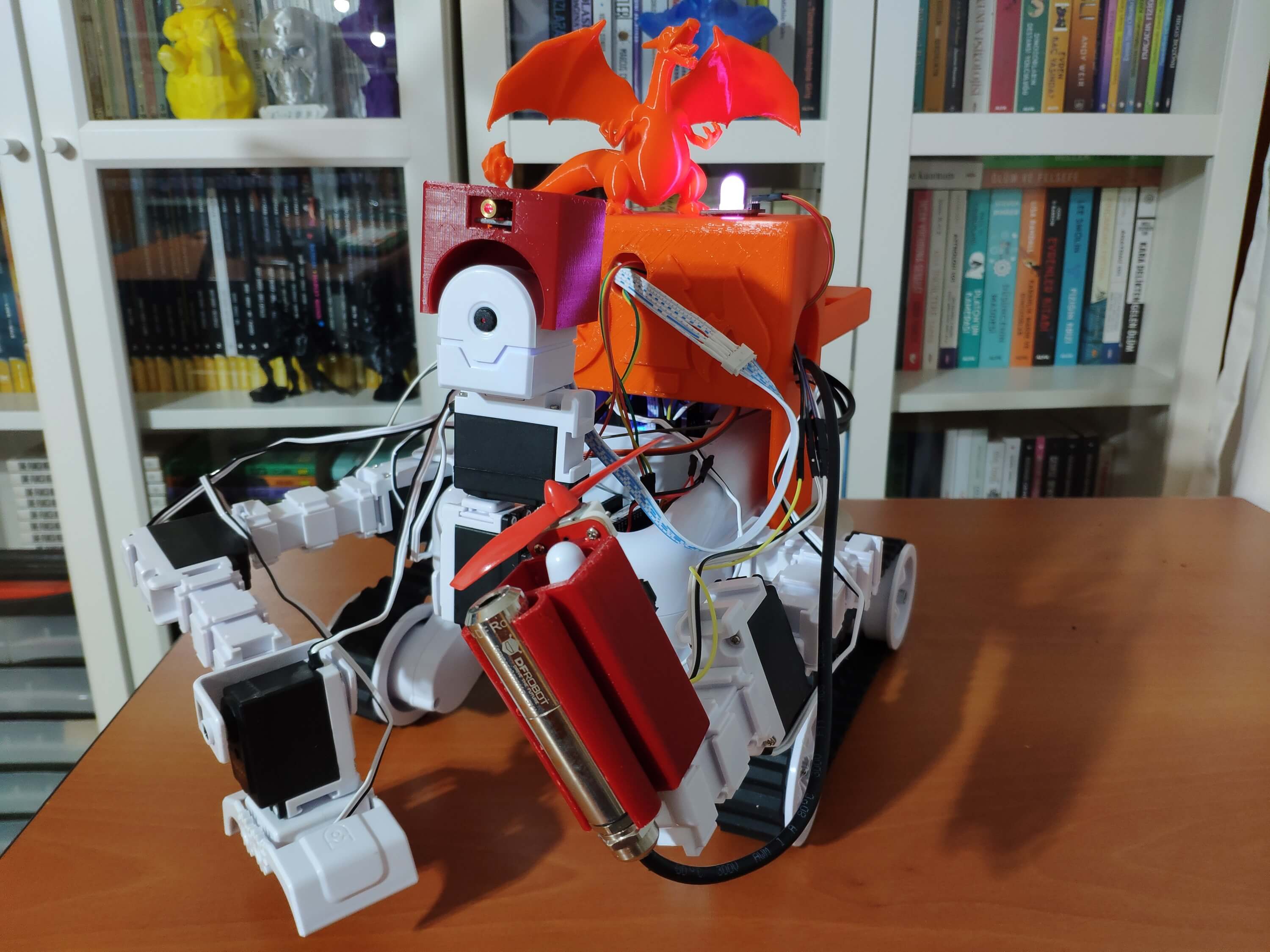 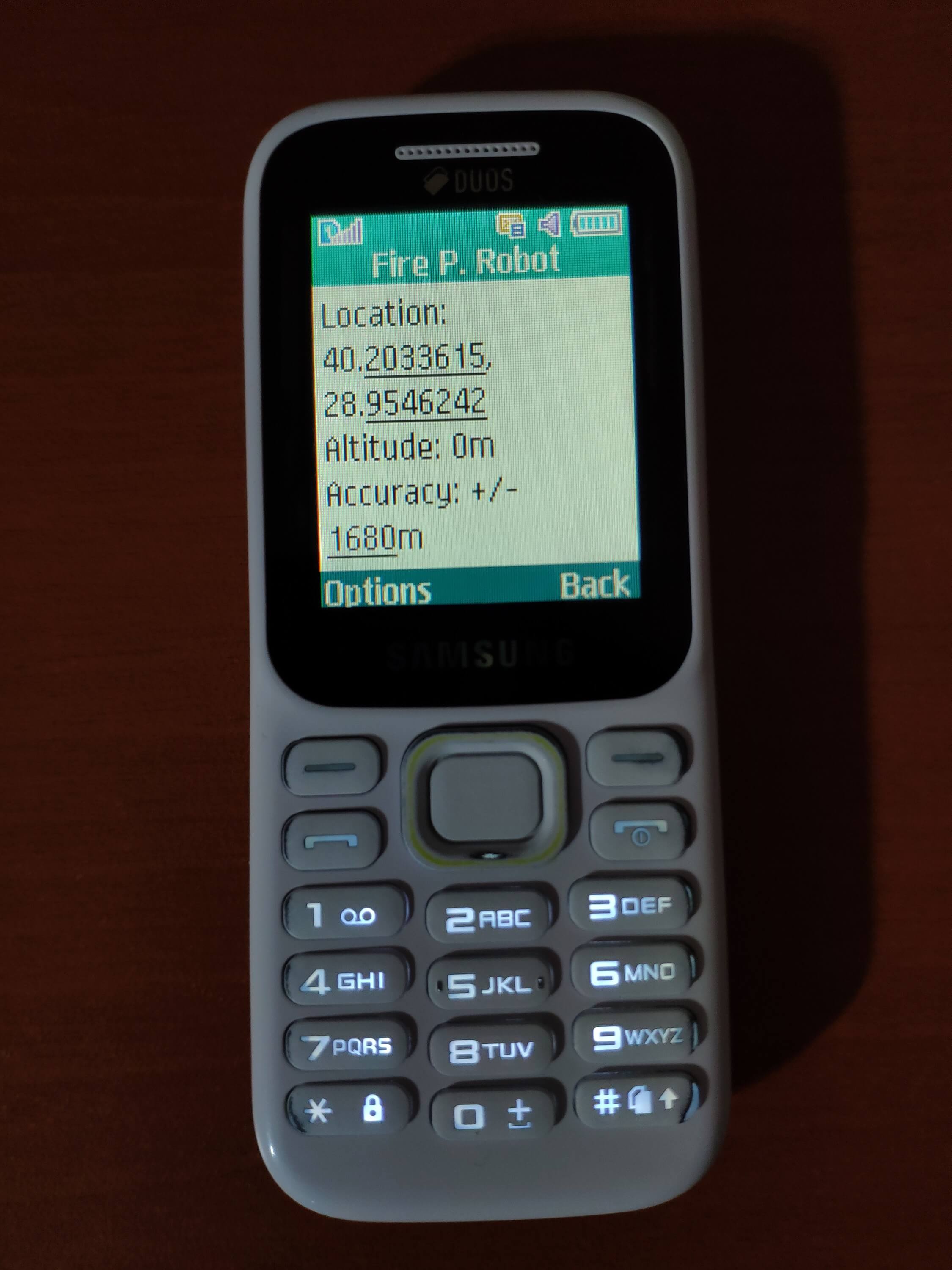