We combined our new BGT60 Radar Sensor with a "real" Infineon Chatbot and created a sweet little doorman, talking to people, passing by. 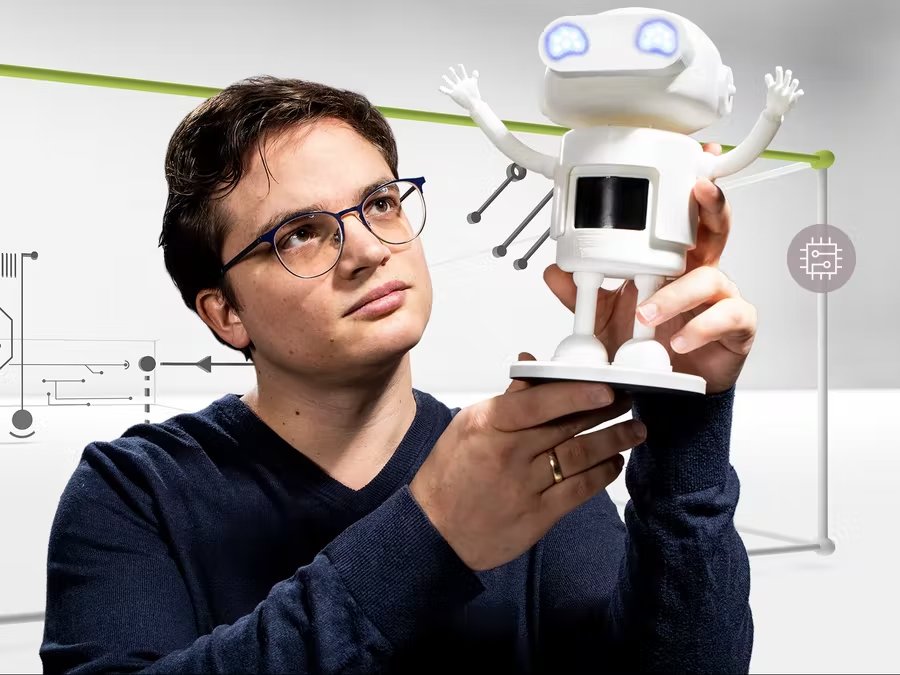 You might came across our chatbot avatar looking around at our Infineon webpages.

We turned our Chatbot into a real companion robot, acting as a doorman greeting people passing by. 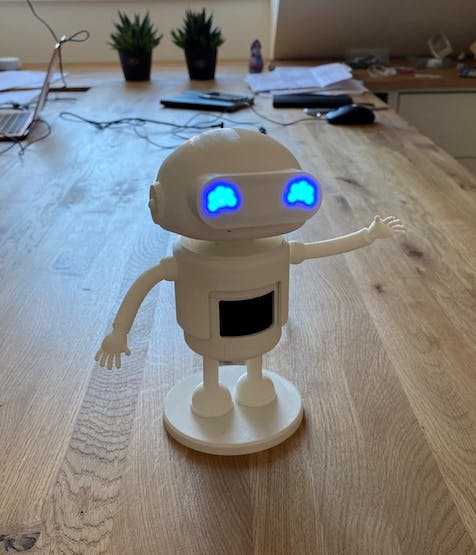 By using our new BGT60 Radar Sensor, some LEDs and a speaker, we brought him to life so he greets you, when you enter the room and says good bye when you leave it again.

How to hack the Chatbot

The brain of our project is an Arduino Nano placed in the torso. With an micro USB board in the baseplate and a mini USB cable fed through one of the legs, we created a micro USB connection to the Arduino, by which you can power it and upload new sketches. Get rid of the USB plug from the cable and clear away the isolation of the single wires. Thread it through the leg and the baseplate and solder the wires on the adapter board. Fix the adapter with some adhesive on the baseplate inlay and close it with the baseplate. 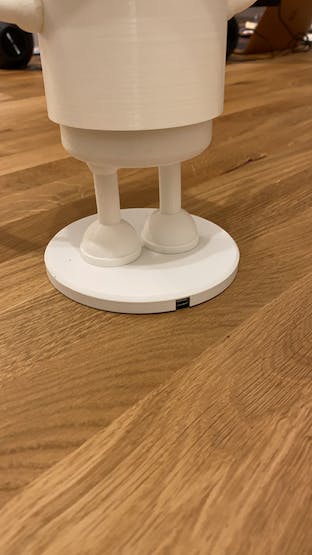 To track your movement, we placed the new BGT60 Radar Sensor right between the Chatbot's eyes. As radar waves shoot through the mask you can fully hide the sensor. It triggers if you walk either towards or away from him and signals the movement to the Arduino via a 2 pin GPIO interface. If you want to know more about our sensor, take a look at its Hackster article.

Furthermore, to make the Chatbot look alive, we imitate eyes by adding some LEDs. Both, the sensor and the LEDs are connected parallel to the 3.3V output and ground of the Arduino. Make sure you print the LED mask in black and also use black hot glue to attach the LEDs, or the entire head will be illuminated.

If the radar sensor tracks a movement, a build in mini mp3 player from DFRobot turns on and plays an appropriate audio track through the speaker. Those tracks are saved on a micro SD card inside the mp3 player. For a detailed instruction how to use the DFplayer and how to save the audio tracks visit DFROBOT. Fix the components with hot glue in order to prevent short circuits and damage through the heavy speaker and your companion bot is ready to rock!

What's your favourite robot to bring to life? Let us know in the comments below!!!

This diagram shows how to connect your electric components in order to make your Chatbot work. 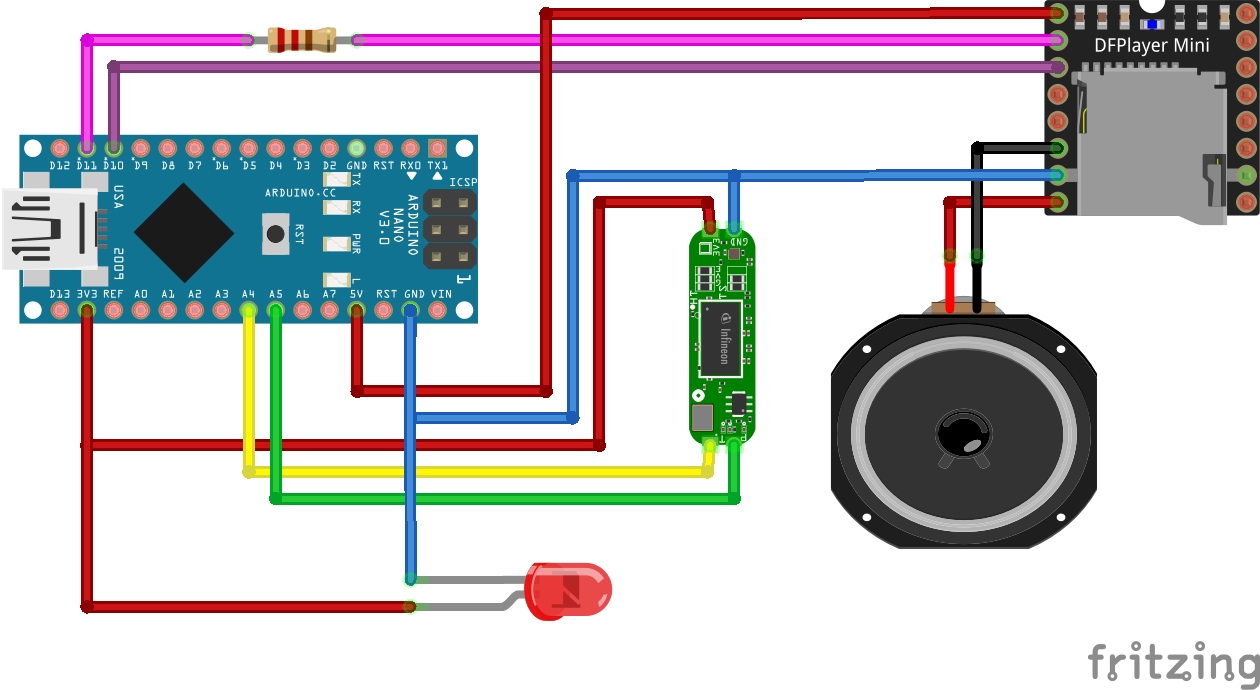 This Arduino sketch makes your little doorman talk to you.
Make sure you use the right pins for TD/PD and RX/TX.

The article was first published in hackster, June 6, 2022